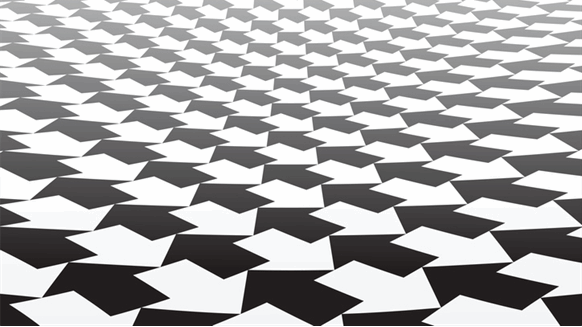 (Bloomberg) -- Expectations the OPEC+ alliance will deepen output cuts put a floor under last week’s 16% plunge in oil prices, with futures in New York rebounding even as the coronavirus continued to spread rapidly.

Russia is ready to cooperate to support the world oil market, even though it’s comfortable with current prices, President Vladimir Putin said Sunday. That acted as a brake on plunging crude prices after a Chinese manufacturing gauge released over the weekend came in at a record low, undershooting already weak expectations and highlighting the mounting economic impact of the virus.

The rebound in oil came amid a broader recovery from last week’s carnage, with Asian stocks rising and commodities from copper to soybeans showing gains. Still, sharp swings in crude in Asian trading hours -- from a loss of 3.2% to a gain of 3.7% -- show the extent to which the virus is roiling markets.

Oil consumption may not grow at all this year for only the fourth time in almost four decades, according to a growing minority of traders, investors and analysts. While economic stimulus in China and elsewhere may revive demand in the second half, it’s unlikely to completely make up for the current hit to consumption. Against this backdrop, OPEC+ meets on Thursday and Friday in Vienna to decide on the extent of production cuts.

“Oil is on a wild ride today with bigger expectations for OPEC+ to reduce production in its meeting this week countered by the risk on consumption coming from the coronavirus outbreak,” said Stephen Innes, chief market strategist at AxiCorp Ltd. But any OPEC+ bounce will likely be short-lived until the virus starts subsiding, he said.

West Texas Intermediate futures for April delivery rose 2.5% to $45.88 a barrel on the New York Mercantile Exchange as of 7:40 a.m. in London. Last week’s drop of 16.2% was the biggest since the height of the global financial crisis in December 2008.

Brent futures for May delivery climbed 2.6% to $50.98 a barrel on the ICE Futures Europe exchange after losing as much as 2.6% earlier. The global crude benchmark traded at a premium of $4.97 to WTI for the same month.

Another Chinese purchasing managers’ index fell to 40.3 in February from 51.1 in January, according to figures released Monday. That came after the manufacturing PMI reading over the weekend of 35.7, which compared with analyst expectations for 45. Worldwide deaths from the coronavirus have now surpassed 3,000, with South Korea, Iran and Italy emerging as hotspots.

Putin said the OPEC+ mechanism “has already established itself as an effective tool in ensuring long-term stability in global energy markets.” The fact that Russia has large financial reserves to cushion market turbulence “doesn’t eliminate the need for action,” he said. That represents a change in tone from Moscow, which had previously been cautious on deeper output cuts.

“We think Saudi Arabia will likely be able to rally the rest of the producers for a cut of at least 1 million barrels a day,” Helima Croft, head of global commodity strategy at RBC Capital Markets, said in a note. Current prices do not work for most of the OPEC+ group and Russia isn’t as price-agnostic as it endeavors to seem, she said.

--With assistance from James Thornhill and Dan Murtaugh.