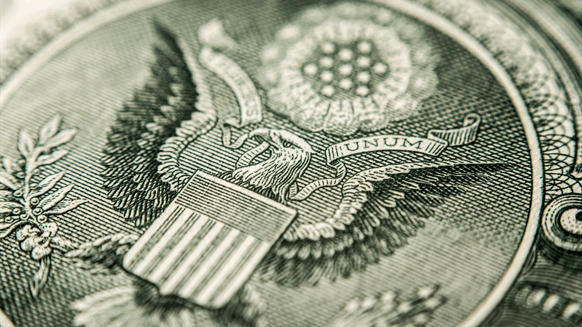 Oil dipped as pessimism over the short-term demand outlook in the world's two largest economies was partially offset by more weakness in the dollar.

(Bloomberg) -- Oil dipped toward $53 a barrel as pessimism over the short-term demand outlook in the world’s two largest economies was partially offset by more weakness in the dollar.

Futures in New York headed for the first daily drop this week after the American Petroleum Institute said that U.S. crude inventories swelled by 2.56 million barrels last week and gasoline and distillates stockpiles also increased, according to people familiar with the data. Analysts surveyed by Bloomberg have forecast a drop in the inventories before the official data.

Despite the worsening short-term consumption outlook, crude is still trading near the highest level in almost a year. Saudi Arabia’s unilateral output cuts and a weak dollar, which boosts the appeal of commodities that are priced in the currency, have helped prevent declines. Investors are also optimistic that the administration of President Joe Biden will unleash a major effort to revive growth and rein in the spread of the virus in the U.S.

”The big-picture elements of festering Covid-19, spread of vaccinations, the change of administration in the U.S. and hopes for fresh stimulus have been factored in for the time being,” said Vandana Hari, founder of consulting firm Vanda Insights in Singapore. There’s unlikely to be any major price shocks from the new U.S. administration over the next few days, she said.

Biden imposed a moratorium on oil leasing in the Arctic National Wildlife Refuge and rejoined the Paris climate agreement within hours of taking office. His administration is expected to hasten the U.S.’s transition toward cleaner sources of energy. India’s oil minister said the nation is hoping for a resumption of Iranian and Venezuelan crude exports under Biden.

The API reported a 1.13 million barrel increase in U.S. gasoline stockpiles and an 816,000 barrel rise in distillate inventories. Analysts surveyed by Bloomberg are forecasting a 1.68 million barrel drop in crude stockpiles before the official Energy Information Administration data.

Oil’s futures curve shows concerns about over-supply have eased this month. Brent’s prompt timespread is 12 cents in backwardation, a bullish structure where near-term prices are more expensive than later-dated ones. It was 7 cents in contango at the beginning of January.