Oil Demand Rising as More Get Behind the Wheel 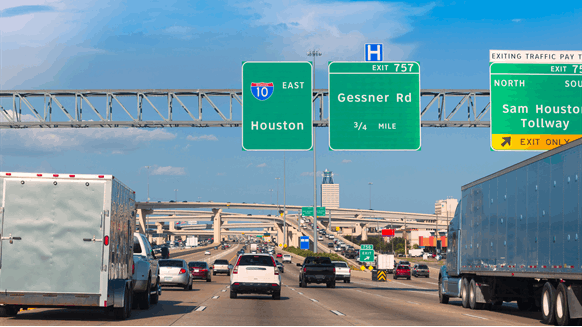 Panelists tell Rigzone about the top oil market hits and misses for the week ending May 15, 2020.

Demand in the oil markets continued to move upward this past week, a panel of informed market-waters told Rigzone. As the economy opens up after widespread government-imposed lockdowns to counter the COVID-19 pandemic, panelists observe that more people are hitting the road after weeks of isolation. Keep reading for their perspectives on recent market developments.

Andrew Goldstein, President, Atlas Commodities LLC: Following weeks of extreme oversupply conditions, and growing concern over storage capacity, demand for crude oil has started to rise due to many states re-opening their economics, leading to more people on the roads and in the air.

Jamie Webster, Senior Director, Boston Consulting Group Center for Energy Impact: The U.S. rig count continues to plunge and, at 339, is less than what the entire Permian was at just six weeks ago. Gasoline demand in the U.S. continues to rise and is up 46 percent since the low point of April 3. Jet fuel for the same time frame is down another 53 percent. Currently jet fuel is at the same level as in 1966. As the country starts to look toward summer vacations, this trend will likely grow stronger as cars feel safer to travel in than airplanes for many. Globally it looks like demand was not as bad for the initial phase of the COVID-19 shutdowns, but it is becoming increasingly apparent that the longer-term demand impact due to weak economics will be greater than first assessed by many.

Tom McNulty, Houston-based Principal and Energy Practice leader with Valuescope, Inc.: The International Energy Agency (IEA) indicated just yesterday that demand for oil has been recovering, with rising demand in Europe, the U.S. and in China. This is consistent with what I’m seeing in Texas, where road traffic is much higher today than it was just two weeks ago.

Tom Seng, Assistant Professor of Energy Business at University of Tulsa’s Collins College of Business: Demand for oil is increasing globally while production curtailments are starting to take effect. The Saudis have raised their prices in response and China’s demand is almost back to pre-virus crisis levels. In the U.S. gasoline demand is starting to pick up as more and more states start to re-open. However, the IEA predicts that global oil demand for May will be about 21 million barrels per day (bpd) less than pre-crisis levels.

The (Energy Information Administration’s) Weekly Petroleum Status Report showed the first draw in several weeks vs. forecasts for gains. Both a group of Standard and Poor’s and American Petroleum Institute analysts had called for increases of 4.8 million barrels and 7.6 million barrels, respectively. Inventories, at 531.5 million barrels, are now 11 percent above the five-year average for this time of year. Inventory at the Cushing, Okla., hub fell by 3 million barrels – perhaps reflecting increased demand for Midwest refineries. However, total U.S. refinery utilization fell back to 68 percent on the week. And, total motor gasoline inventories fell 3.5 million barrels, further reflective of increasing demand. But, oil production has dropped to 11.6 million bpd and imports are 5.4 million bpd while refinery inputs are only 12.4 million bpd. The increase in gasoline demand was to be expected.

Steve Blair, Senior Account Executive, RCG Division of Marex Spectron: I think the largest surprises of the past week or two is the change in the weekly reports showing not only a lower-than-expected build in domestic crude stocks last week, but also showing a reduction in overall stocks this week. Also of not was the 3 million-barrel reduction at Cushing. Gasoline demand continues to accelerate and this week’s U.S. Department of Energy (DOE) report indicated a 734,000-bpd increase to the 7.398 million-bpd level. The cruse price structure is also seen changing dramatically, with the June/July West Texas Intermediate (WTI) spread turning into backwardation today after trading at a $10.99 contango only 18 trading days ago (April 21). Domestic crude production is seen accelerating, with DOE reporting another 300,000-bpd reduction.

Seng: Oil prices appear to be headed for about a 15-percent gain on the week on these continuing signs of increasing demand, albeit slowing appearing. Some airlines, because of the loss of transport passengers, now have jet fuel hedges on the books that far exceed their actual, physical consumption of the fuel. These financial derivatives will be settled against much lower prices while the airlines can’t benefit from the lower cash market prices that would normally offset the financial “losses.”

Goldstein: The rally in crude oil to near $30. Last week I said I was looking for resistance at the $20 to $21 level. Saudi Arabia announced another cut of another 1 million bpd starting in June, which has partially led to the rally.

McNulty: I was surprised that we did not move more one year forward for WTI. June 2021 is trading close to $34; my expectation was that it would be in its normalized, long-term average range of $35 to $38 by now. That is where I expect WTI to stabilize, with volatility declining in the near-term.

Webster: Cushing showed a draw for the first time since this crisis. Given the storage hub was previously at 83 percent, this was a welcome respite. However, when looking more broadly, the U.S. showed a build overall – helped by a 2 million-barrel build in the Strategic Petroleum Reserve. More globally, Fujairah is now at record stock levels and we are still building globally.

Mark Le Dain, vice president of strategy with the oil and gas data firm Validere: Gasoline demand continues to surprise to the upside. Not only are people driving again, but everyone who took public transit is now driving. Transport remains the largest component of global fuel consumption and it’s recovering the fastest.