Oil Demand Could Get Boost from Metals Surge 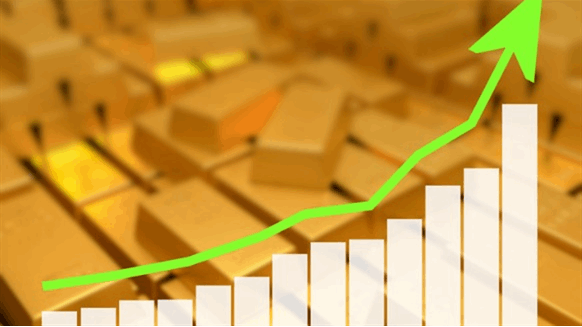 Check out this review of oil market hits and misses for the week ending July 10, 2020.

The prices of gold and other metals have been going up. How could that trend help crude oil prices? Keep reading this review of oil market hits and misses to find out!

Tom McNulty, Houston-based Principal and Energy Practice leader with Valuescope, Inc.: West Texas Intermediate (WTI) trading in a narrow range, right around $40, was expected. U.S. oil production is down to about 10.5 million barrels per day (bpd), from 13 million bpd just recently. I’m now convinced that we will finish 2020 right where we are now, maybe a touch higher in the low $40s.

Mark Le Dain, vice president of strategy with the oil and gas data firm Validere: Liquefied natural gas (LNG) exports continue to drop. This summer is maximum pressure on U.S. gas prices before the supply response and demand resurgence as LNG dumping grounds, such as Europe, start to only now trend toward more manageable storage levels – as in not filling up.

Andrew Goldstein, President, Atlas Commodities LLC: As expected, there was a build in crude oil throughout the U.S. and a draw in gasoline as more people have been back on the roads for driving season. The yearly August 2020/August 2021 spread has widened from $1.25 to $2 over the past two weeks. Gold continued its rally as it climbed above $1,800 per ounce for the first time since 2012.

Steve Blair, Senior Account Executive, RCG Division of Marex Spectron: This week’s U.S. Department of Energy (DOE) report had some surprises, beginning with the 5.7 million-barrel build in domestic crude stocks – particularly with refinery run rates increasing by two percent overall and up 2.4 percent in PADD 3 (Gulf Coast). However, crude imports increased dramatically (1.425 million bpd) with a huge 1.762 million-bpd increase in PADD 3 indicating that the imports o the cheap Saudi crude may not yet be over. Domestic crude production is seen static at 11 million bpd and seems to indicate that the return of further shale oil production is on hold while prices hover around the $40 level as well as hesitation with increasingly more COVID-19 cases being reported in the U.S. and other global locations.

Gasoline demand continues its move higher at 8.766 million bpd, indicating that more and more people are getting back on the roads – but still at levels well below what would be seen during a “normal” U.S. summer. Gasoline stocks, even with the higher refinery run rates, drew by 4.8 million barrels but overall inventories are 22.5 million barrels (9.8 percent) above year-ago levels.

Goldstein: Crude oil remains right around the $40 level. With the weekly build and more COVID-19 cases, the spot price would have been expected to drop. U.S. Transportation Security Administration travel numbers are rising but are deceiving at the same time. Although there is an increase in travelers, there are still only approximately 5,600 daily flights as opposed to 44,000 pre-COVID.

McNulty: Some market participants have been surprised when producers appear to be boosting production. I know that both EOG and ConocoPhillips have plans to, among others. But this is because they are well-capitalized and know how to make money at $40 oil. The players who cannot make money at these prices have too much debt; they need to restructure the debt or go away for good.

Le Dain: A surprise is that within the commodity complex copper, gold and silver continue to breakout and a supply deficit vs. demand remains for these and many other metals. A resurgence in the metals complex could be a surprise driver for oil demand given the energy requirements for extraction. It could also support funds flow into commodities.