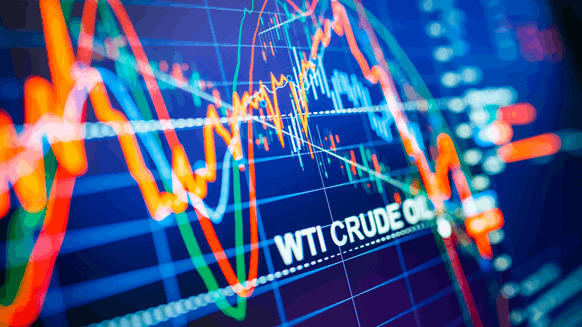 An expiring futures contract, bankruptcies and U.S.-China trade deserve the oil market’s attention this week, a panel of market-watchers told Rigzone. Read on for details.

Tom Seng, Assistant Professor of Energy Business at University of Tulsa’s Collins College of Business: With the June West Texas Intermediate (WTI) NYMEX futures contract expiring on Tuesday, the market will be watching for a possible repeat of last month’s negative pricing the day before final settlement occurred for the May contract. One would hope that all parties, traders and oil producers alike, would’ve learned their lesson and taken precautions against something similar happening this month. Time will tell.

Andrew Goldstein, President, Atlas Commodities LLC: It is looking more and more like we will not have a repeat performance of the May WTI contract expiration, with a low settlement price of -$37.63. With the June contract expiring on May 19, I look for pressure on the price up until expiration and then a continued rise in price post-expiration.

Tom McNulty, Houston-based Principal and Energy Practice leader with Valuescope, Inc.: We will see more Chapter 11 filings that probably need to be Chapter 7 liquidations. The trend of “kicking the can down the road” for some companies in the energy complex is like putting a band-aid on an arterial bleed; some companies simply need to close permanently.

Mark Le Dain, vice president of strategy with the oil and gas data firm Validere: Hopefully I’m not wrong, but I don’t expect the same level of volatility as the crude contract rolls this week. Many funds and institutions have been extra-careful after the brief foray into negative prices and already reduced their positions, so there should be less pressure.

Jamie Webster, Senior Director, Boston Consulting Group Center for Energy Impact: With Memorial Day marking the traditional start of summer, it’s a good opportunity to look at how demand may shape up through the summer, particularly as more countries and states are reopening, but into a much-diminished economic environment. With more than 36 million newly unemployed, the level of economic activity is likely to be weak.

Steve Blair, Senior Account Executive, RCG Division of Marex Spectron: For the next week we will be continuing to watch the scenario playing out between the U.S. and China on a number of fronts, which includes the back-and-forth rhetoric on COVID-19 as well as the situation playing out with China’s Huawei Technologies. The U.S. Commerce Department said today that they will require licenses before allowing U.S. technology to be used by the Chinese company or their 114 subsidiaries, including chip design unit HiSilicon. China has estimated that they may institute retaliatory countermeasures, and President Trump has made some negative intimations regarding a potential suspension of the trade agreement.