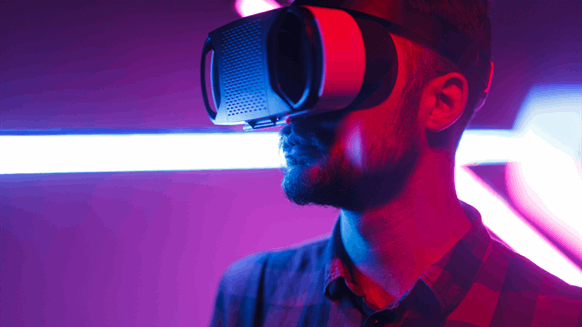 The oil and gas industry is witnessing wide-scale deployment of virtual reality technology across its value chain, according to GlobalData.

The oil and gas industry is witnessing wide-scale deployment of virtual reality (VR) technology across its value chain.

That’s according to GlobalData, which has produced a new report exploring how VR is finding its way into the upstream, midstream and downstream sectors.

In the report, the company identified the following oil and gas players among the leading adopters of VR technology in oil and gas operations:

“Over time, this technology will transform oil and gas processes and workflows and help create new growth opportunities for organizations,” Ravindra Puranik, an oil and gas analyst at GlobalData, said in a company statement.

“VR and 3D simulations allow employees to interact with field equipment in a virtual world. Using the VR system, an employee can get hands-on training on different kinds of equipment and devices without affecting normal work routines,” Puranik added.

“Furthermore, it is equipped to replicate a wide range of emergency situations that employees could potentially face in real-life while working onsite with heavy machinery, thus ensuring they are ready to deal with any unforeseen event,” the GlobalData representative continued.

According to GlobalData, the leading technology providers in VR include companies such as Facebook, Microsoft, Samsung and Sony.

GlobalData describes itself as a leading data and analytics company. Last month, the company revealed that South America has the highest number of planned and announced floating production storage and offloading additions globally between 2019 and 2025.

During the same month, GlobalData revealed that South America and Europe saw the most oil and gas discoveries in the third quarter.