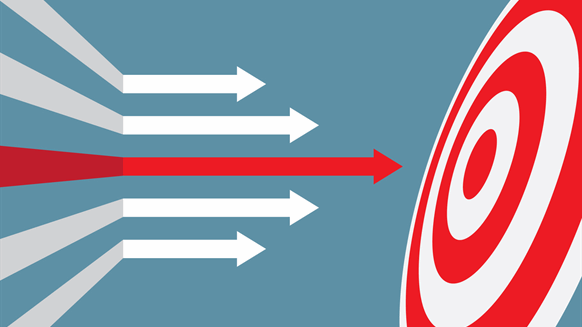 The Oil and Gas Climate Initiative has set its first collective methane target for member companies.

The new target aims to reduce, by 2025, the collective average methane intensity of the group’s aggregated upstream gas and oil operations by one fifth to below 0.25 percent.

Achieving the agreed intensity target of 0.25 percent by the end of 2025 would reduce collective emissions by 350,000 tons of methane annually, compared to the baseline of 0.32 percent in 2017.

To reduce the OGCI’s collective methane emissions intensity, member companies will target “key emissions sources,” according to an OGCI statement.

“OGCI members are also engaging with other companies in the industry to help ensure that methane emissions are addressed across the full gas value chain,” the statement added.

In a statement on its Twitter page, OGCI said the commitment to its joint methane target relays its collective and unwavering commitment to reduce methane emissions in alignment with the Paris Agreement.

The announcement of the new methane target follows OGCI’s news last week that it had welcomed Chevron Corporation, Exxon Mobil Corporation and Occidental Petroleum into its international membership. These three companies together represent five percent of global oil and gas production, OGCI highlighted.

In addition to the announcement of the new methane target, OGCI revealed that China National Petroleum Corporation (CNPC) and OGCI Climate Investments (Climate Investments) had announced a partnership to create an investment fund focused on China. The major founding investors of the fund will be CNPC Assets Management and Climate Investments.

The OGCI aims to increase the ambition, speed and scale of the initiatives undertaken by its individual companies to help reduce manmade greenhouse gas emissions, in particular from the production and use of oil and gas in power, heating, industry and transport.