OGA Offers 113 Licenses in Latest Round 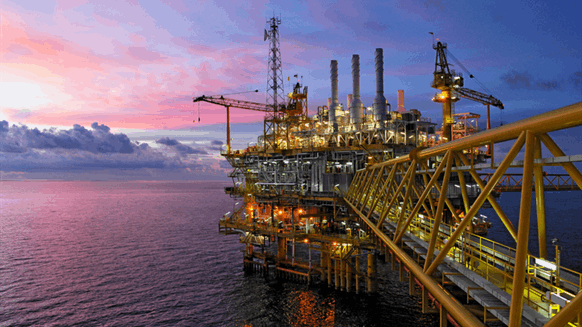 The UK Oil and Gas Authority has offered for award 113 license areas over 259 blocks, or part-blocks, to 65 companies.

The UK Oil and Gas Authority (OGA) announced Thursday that it has offered for award 113 license areas over 259 blocks, or part-blocks, to 65 companies as part of the 32nd Offshore Licensing Round.

The round offered blocks in mature, producing areas close to existing infrastructure, the OGA highlighted. The majority of the licenses will enter the initial term and 16 of the awards are for licenses that will proceed straight to second term, either for potential developments or re-developments of fields where production had ceased and the acreage had been relinquished, the OGA noted.

In support of the latest licensing round, the OGA said it provided a suite of new data and analyses, prospect and discovery reports and well and seismic data.

Following this round, the OGA confirmed that it is taking a temporary pause from annual license round activity and said it will not run a license round in what would have been the 2020/21 period. This will allow relinquishments to take place so more coherent areas may be reoffered in the future, the OGA noted.

“Industry is encouraged to use the pause to acquire data and carry out studies in preparation for the next round,” the OGA said in a statement posted on its website.

“The OGA will engage with industry on the timing and nature of the next offshore licensing round,” the OGA added.

The 32nd offshore licensing round officially opened on July 11, 2019, and applications were accepted up to November 12, 2019, through the LARRY system on the energy portal.

According to its website, the OGA’s role is to regulate, influence and promote the UK oil and gas industry in order to maximize the economic recovery of the UK’s oil and gas resources. Headquartered in Aberdeen, Scotland, the OGA is largely funded by an industry levy.

A full list of the awards and maps can be viewed here. To contact the author, email andreas.exarheas@rigzone.com