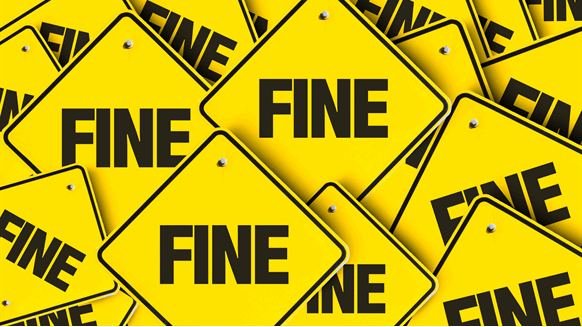 The UK Oil and Gas Authority has announced that it has fined BP plc and served the company a sanction notice.

The UK Oil and Gas Authority (OGA) has announced that it has fined BP plc $69,089 (GBP 50,000), and served the company a sanction notice, for breaching a license condition by failing to report the progress and results of two extended well tests (EWT).

In a statement posted on its website, the OGA outlined that it had granted the company consent to conduct EWTs on two wells in August 2019. Those consents included the need for BP to provide regular reports during EWT operations and to submit a full report of results and conclusions within 90 days of completion of the EWT operations, the OGA highlighted.

In November 2020, following an OGA enquiry, BP admitted that it had failed to report as required, according to the OGA. The company’s own investigation found that internal communications had broken down, there was no guidance in place for managing OGA consents, and there was a lack of awareness among engineers of consent requirements, the OGA noted.

The OGA said this lack of information unintentionally created an unregulated environment in which the OGA was unsighted of BP’s actions. This, in turn, could have exposed BP to a potential flare breach, of which the OGA would not have been aware and would have been unable to take prompt regulatory action, the OGA added. The reporting requirements would have allowed the OGA to track that the EWT proceeded in line with the plan submitted by BP and helped ensure the clean-up criteria being used did not result in excessive flaring, the OGA stated.

“We are committed to maintaining a strong regulatory regime to uphold standards and ensure a level playing field for licensees and operators in the UKCS,” Jane de Lozey, the OGA’s acting director of regulation, said in an organization statement.

“On this occasion BP has fallen short of our expectations but, since becoming aware of the breach, BP has engaged positively with the OGA to investigate the cause of the failure and reaffirmed its commitment to compliance with its regulatory obligations in future,” Lozey added.

“We will continue to work with industry to improve compliance, and we are currently considering other matters within the UKCS that may result in further regulatory action,” the OGA representative went on to say.

BP did not immediately respond to an emailed request from Rigzone seeking comment on the company’s fine by the OGA. The OGA’s investigation and sanction follow the publication of the organization’s thematic review into industry compliance with regulatory obligations in October 2020. This review recognized that the industry was improving but stressed the importance of maintaining the high standards now achieved by the majority, and the need for a minority to catch up.