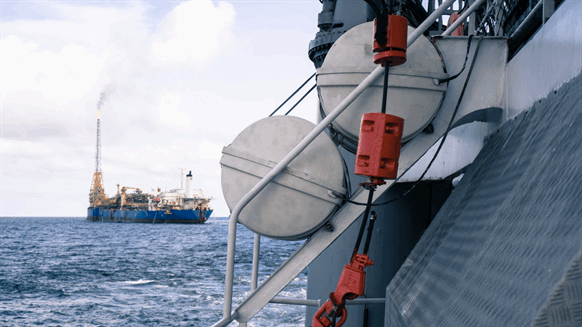 The estimated recoverable resources for the Stabroek Block offshore Guyana has risen by at least 25%.

The estimated recoverable resources for the Stabroek Block offshore Guyana has risen by at least 25 percent.

Previously believed to hold 3.2 billion oil-equivalent barrels, the block’s estimated bounty now stands at more than 4 billion oil-equivalent barrels, Stabroek partners Exxon Mobil Corp. and Hess Corp. announced Monday. In addition, ExxonMobil stated that it has advanced its Stabroek evaluation to support a third development phase and to consider two additional phases. The company, which operates the block through its Esso Exploration and Production Guyana Limited unit, reported that the increase follows:

“The Stabroek Block is a massive world class resources that keeps getting bigger and better,” according to Hess Corp. CEO John Hess. “Since the end of 2016, the estimate for recoverable resources on the block has quadrupled and we continue to see multi billion barrels of additional exploration potential on the block. We believe the investment opportunity in Guyana has the potential to be transformative for our company and create significant value for our shareholders for many years to come.”

“Outstanding resource quality across these opportunities combined with industry-leading project execution capabilities will provide great value to resource owners, partners and our shareholders,” Neil Chapman, ExxonMobil senior vice president, said in a separate statement. “Continued success in Guyana and progress in other upstream growth projects in the U.S. Permian Basin, Mozambique, Papua New Guinea and Brazil are giving us increased confidence in achieving our long-term earnings growth plans that we outlined in March.”

Hess and ExxonMobil stated on Monday that Liza Phase 1 – Guyana’s first development, which was sanctioned in July 2017 – is progressing rapidly. Production of 120,000 barrels of oil per day using a floating production storage and offloading (FPSO) vessel should start by early 2020, the companies said. Other Stabroek updates from the companies include:

According to ExxonMobil and Hess, the collective discoveries on the 6.6 million-acre Stabroek Block could support up to five FPSO vessels producing more than 750,000 barrels per day by 2025. Moreover, the companies noted the potential exists for “additional development phases from significant undrilled targets and plans for rapid exploration and appraisal drilling, including at the Ranger discovery.”

sally radford  |  July 24, 2018
This new Atlantic energy heartland is immensely exciting and Rod Henson and his geologists, engineers deserve our heartiest congratulations. The potential for jobs will please r graduates of the centre for Petroleum Technology at University of the West Indies. The offshore resources will benefit CARICOM with its headquarters in Georgetown as it tackles housing and other needs of the region. Industry. professionals are watching with interest as the block yields its secrets. Best wishes.
RELATED COMPANIES
Company: Exxon Mobil Corporation more info
Company: Hess Corporation more info