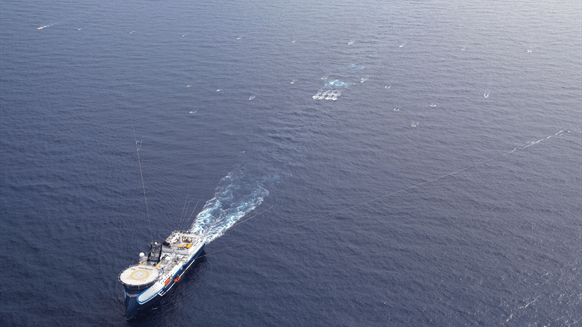 “This survey marks a continuation of our long-term successful partnership with the Gabonese Republic’s Ministry of Petroleum and Hydrocarbons to support and promote the potential of Gabon’s deep waters,” Sophie Zurquiyah, CEO of CGG, said in a written statement.

According to the company, the 6,089-mile (9,800-kilometer) long-offset 2D survey builds on the success of a 9,653-square-mile (25,000-square-kilometer) 3D survey that led to the recent Boudji-1 and Ivela-1 oil discoveries. The firm noted that a subset of the data over the offered license blocks will be available prior to Gabon’s 12th offshore licensing round, which is expected to occur in June of this year.

Gabon and its southern neighbor, Republic of the Congo (Congo-Brazzaville), are holding ongoing bidding rounds for oil and gas acreage to help solidify Africa’s distinction as “the world’s new exploration hotspot,” the African Energy Chamber stated Sunday in a preview of 2019 energy trends for the continent.

“With both countries struggling to implement their new Hydrocarbons Codes, the success of these rounds will tell if investors have been convinced by policy reforms over the past two years,” the South Africa-based organization observed.