Offshore Exploration Poised for a Rebound 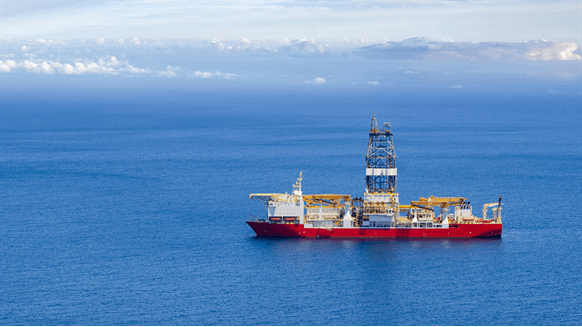 An uptick in offshore exploration drilling could be on the horizon.

Recalling the past is a popular theme at this year’s Offshore Technology Conference (OTC) given the event’s 50-year anniversary. Through those five decades, the offshore oil and gas industry has witnessed dramatic changes on various fronts.

One type of disruptive event that hits the offshore sector periodically is a downturn in the business cycle brought on by relatively low oil prices. The most recent downturn was particularly painful for the industry, which five years ago this week was on the cusp of that sustained period of depressed prices that began in the second half of 2014.

“Offshore activity around the world slowed down during the downturn, but business conditions provided powerful incentives for companies to think creatively about containing development and operational costs while still delivering high-impact offshore projects,” said Andrew Slaughter, executive director for Deloitte Services LP’s Energy, Resources and Industrials Research and Insights unit. “Offshore regions are a critical part of the world’s oil and gas supply, now and in the future, and operators and service companies are positioning themselves for success for many years to come.”

In a recent conversation, Rigzone asked Slaughter to elaborate on how the most recent downturn changed the offshore sector and to preview the effects of trends underway during the current recovery. Read on for his insights.

Rigzone: Oil prices aside, what were some of the key differences in the offshore industry five years ago?

Andrew Slaughter: We have seen a slowdown in investment and activity, particularly in more mature regions like the North Sea and the U.S. Gulf of Mexico, following the drop in oil prices. Project developers re-engineered their development designs to lower costs; looked more toward smaller, scalable projects; and focused more on near-field and subsea developments. Excess capacity in the offshore rigs and service market has led to consolidation in the offshore services sector.

Activity was a bit more sustained outside the U.S., with continued exploration and appraisal in offshore plays in Mexico, Guyana, Brazil, Senegal and Mauritania, for example. However, few larger-scale, greenfield projects have been sanctioned in recent years.

Rigzone: What were the major lessons that offshore operators and service companies have had to learn during the most recent downturn? In other words, how are they different now?

Slaughter: There is a renewed emphasis on more standardization of development concepts and designs along with increased collaboration between operators and their service and equipment providers in an attempt to build in more cost-effective and capital-efficient projects, and in order to make offshore investments more resilient in the event of a return to lower oil prices.

In a similar vein, we are seeing more phasing of developments, again to spread the risk of deploying capital over a longer time period. But these trends do not foretell any marginalization of offshore resource development – offshore basins are a crucial segment of maintaining and building the world’s oil supply and attractive opportunities exist in a number of offshore basins around the world.

Rigzone: What key developments do you think we’ll see offshore – for both types of companies – between now and OTC 2020, and what’s driving these changes?

Slaughter: As confidence returns in the price environment, we may see an uptick in exploration drilling in key basins around the world, with companies looking to reinforce growth positions in their portfolio after several years of relatively diminished exploration. This will give a welcome boost to the offshore drilling and service companies, now better-positioned to offer cost-effective drilling services after several consolidations in the recent past.

Rigzone: Along these lines, are there any trends you’re seeing in regard to offshore employment and/or innovation that may become more prevalent over the next year?

Slaughter: Although this is already present, the trend toward more automation seems irreversible as digital technologies become more reliable and cost-effective. Increasingly, routine operations, surveillance and monitoring can be carried out from operations centers onshore, reducing manning needs on the offshore platforms and rigs. Beyond that, digitalization can also improve operational efficiencies, reducing not just costs but increasing production. That will be increasingly important in traditionally higher-cost environments like deepwater.

A recent Deloitte report presents deeper insights about the most recent oil and gas industry downturn.

Gerard  |  May 15, 2019
seems to me that lion share of the efficiencies that have been realised can be simply attributed to "knock down the service provider on price". And currently less people in service companies, doing more work and not for better prices yet.