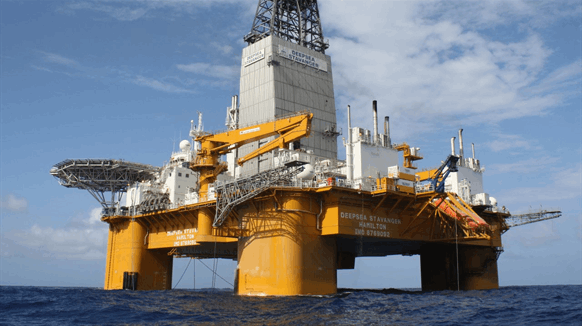 The contract – expected to commence in the first quarter of 2022 – will run for an anticipated four-month duration, Odfjell noted in a written statement emailed to Rigzone. The drilling contractor added the dayrate will be similar to that of its Deepsea Aberdeen under the 15-firm-well Breidablikk contract, which is set to commence in the first half of next year.

“The Deepsea Stavanger’s contract includes a notable performance incentive rate which shall apply when wells are delivered safely and ahead of target,” Odfjell stated.

The company also pointed out that three of its semisubs – Deepsea Aberdeen, Deepsea Atlantic, and now Deepsea Stavanger – are contracted under the master frame agreement it initiated with Equinor in May 2018. It explained the contractual framework includes continued optionality mechanisms to keep the drilling units working longer.

“We are pleased to add Deepsea Stavanger to the Equinor fleet and see significant benefits in having three units operating with one of our core clients in the North Sea,” remarked Odfjell Drilling CEO Simen Lieungh. “Equinor and Odfjell Drilling have a shared target to build a mutually beneficial long-term cooperating which focuses on safety, carbon reduction, and cost efficiency. Working under the master frame agreement structure we foresee further wells being allocated to our units in the years to come.”

In a separate written statement Wednesday, Equinor reported the fixed portion of the Deepsea Stavanger contract for three exploration wells is worth approximately US$40 million. It added the contract includes drilling and other services such as running casing, wastewater treatment, cuttings handling, remotely operated vehicle, and fuel.

“This rig is a sister rig to the other two Odfjell rigs: Deepsea Atlantic, which has drilled for us for many years, and Deepsea Aberdeen, which will drill on the Breidablikk field,” commented Erik G. Kirkema, Equinor’s senior vice president of drilling and well operations. “We expect to gain experience across the three rigs, helping us reach our goals of ever safer and more efficient operations.”

“Even though we are bringing in this rig on a short-term commitment, our objective is to achieve a more long-term program, also for this Odfjell rig,” she concluded.