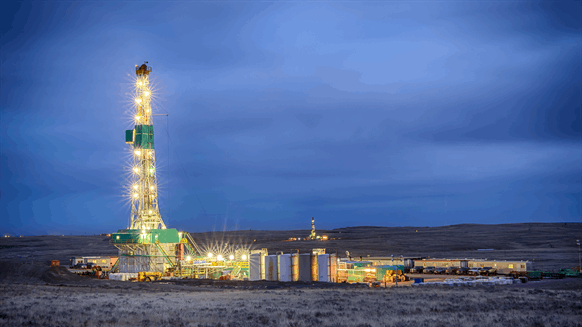 Oasis Petroleum is heading south to the nation's largest oilfield.

Oasis said the $946 million cash-and-stock investment secures a premier foothold in the Delaware basin area of the Permian, the nation's fastest-growing oil field, while spreading its costs over a wider drilling footprint.

The Bakken, one of the first U.S. shale fields to be tapped, is maturing, oil analysts say, noting that by some measures it has just five or six years of sweet-spot drilling sites left in its core.

"Oasis had to do something," said Tim Rezvan, an oil analyst with Mizuho Securities. "The core inventory they had in the Bakken was finite, and to not have another asset with similarly high returns would have been challenging for shareholders."

Oasis covered the purchase price by issuing 46 million shares, a step that usually irritates existing shareholders. Several large investors in the company, including hedge funds that have been buying its stock in recent months, declined to comment on the deal.

Oasis is buying the land from Forge Energy LLC, a private company backed by some of the same investors who funded Oasis when it was founded in 2007. At a cost of about $46,600 an acre, the deal is among the most-expensive this year in the Permian, according to data from PLS, an oil and gas research firm.

Chief Executive Officer Tommy Nusz said in an interview that Oasis is not running out of opportunities in the Bakken, where he said it has at least 16 years of drilling ahead of it, and adding that Permian land will improve economies of scale by spreading costs.

"Scale matters," said Nusz, who brushed off the share price drop as "unfortunate" but not a factor in completing the deal, which is expected to close next year. The company's return on capital employed is "very competitive" with its peers, he said. "We're building this company for the next three, five or 10 years out."

Initially, Oasis will have to spend more on fracking and other services in the Permian, adding to costs. Over the next 18 months, Oasis said it will consider expanding its in-house fracking operations to Texas.

Nusz also expects savings from the larger volumes of sand, water and other supplies needed for drilling. In the Bakken, the company operates a pipeline subsidiary and has its own oilfield services business to frack and complete its own wells.

Next year, Oasis plans to drill at least 100 Bakken wells, and at least 16 in Texas, where Nusz sees operations hitting their stride by the middle of 2019 or early 2020.

"The Permian is a complement to what we built in North Dakota," said Nusz, who has run the company since its founding. "This is not a repositioning of the company."

Oasis also expects to build a pipeline network for water delivery on its new Texas acreage. At some point it will use the assets to boost its master limited partnership, Oasis Midstream Partners LP, formed earlier this year, Nusz said.

"We see tremendous runway in the Permian and Williston for our operations," said Nusz. "The next 10 years in the shale plays will be so much more different than what we experienced over the past 15 years."