Norway To Offer More Acreage In Next Licensing Round 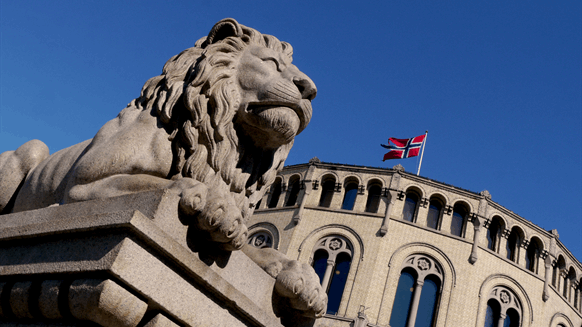 The Norwegian Ministry of Petroleum and Energy has sent a proposal for the announcement of the APA 2023 licensing round.

The Norwegian Ministry of Petroleum and Energy has sent a proposal for the announcement of the APA 2023 licensing round, which includes additional blocks in the Norwegian Sea and the Barents Sea.

The proposal to announce APA 2023 was sent for public consultation on January 24 and the deadline for the consultation expires on March 7, 2023.

With the proposal, additional areas in the Norwegian Sea and the Barents Sea will be included in the APA area. The ministry will carry out APA 2023 in line with the normal timetable. This means an announcement with an application deadline in the third quarter of 2023 and awards in January 2024.

“We constantly need new discoveries to further develop the Norwegian continental shelf. I have started the annual licensing round where we offer exploration areas to oil companies. The proposal for a tender that has been sent out for consultation includes adding 92 blocks in the north to the APA area. Facilitating new discoveries in the north is important both for Europe, the country, and the region,” Norwegian Minister of Petroleum and Energy Terje Aasland said.

“We must continue the responsible and long-term management of the oil and gas resources. Continuing the annual concession rounds is a key element in this and a pillar of our petroleum policy,” Aasland added.

All concession rounds on the Norwegian Continental Shelf are carried out in areas that are open to petroleum operations and within the area frameworks that the Norwegian government has determined through the management plans for the marine area.

In the consultation round, input is requested on whether new, significant information has come to light that is relevant to the decision on where there may be petroleum activity in open, accessible land in the time since the Government dealt with this question in the summer of 2020.

In a tweet, the Norwegian Oil and Gas Association expressed its approval of expanding the APA 2023 round.

“Annual allocation through APA is now particularly important after the Socialist Left Party got approval to postpone the 26th round of concessions until this parliamentary term. Near-field exploration will help to extend the life of fields that are already in production,” the Association said.

Earlier this month, the Norwegian Ministry of Petroleum and Energy disclosed this month that it had offered production licenses to 25 companies for further exploration activity on the Norwegian continental shelf as part of the APA 2022.