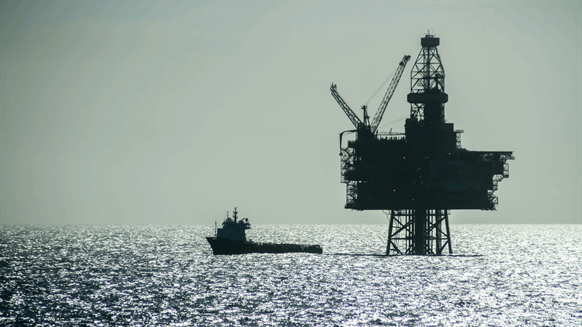 Norway's oil and gas operations in the North Sea will continue to churn out cash as it maintains high production to help support Europe's energy crisis.

Norway’s oil and gas operations in the North Sea will continue to churn out cash as it maintains high production to help support Europe’s energy crisis, Wood Mackenzie said in a report.

Woodmac said in a recent report that Norwegian production will grow slightly from 4.1 to 4.3 million barrels of oil equivalent a day (boepd), as the region continues to support Europe’s energy crisis. The ramp-up of Phase 2 of Equinor’s giant Johan Sverdrup field will offset losses elsewhere by increasing full field production to over 700,000 barrels a day (bpd).

“The industry will continue to come under public and environmental scrutiny, but it will deliver over US$200 billion in upstream profits, most of which will go to the government,” Director of Research for Upstream Oil and Gas at Wood Mackenzie Neivan Boroujerdi said.

“Additional fiscal changes are a wildcard. A high price contribution on wind and hydropower was proposed last year and will take the marginal tax rate above that for oil and gas, which may not be palatable in all sections of the country,” he added.

No major FIDs in 2023 as focus shifts to project delivery

“A wave of FIDs in 2022 will keep investment steady out to 2030. But an unprecedented number of projects – driven by the temporary tax package – has placed pressure on the supply chain leading to increasing lead times and budgets, particularly for projects sanctioned towards the end of the window. Costs for 2022 FIDs are up over 50 percent. We expect no FIDs in Norway in 2023 as the focus shifts to delivery: there are currently a whopping 40 projects under development which will test both operator and supply chain capacity,” Boroujerdi added.

“But a thinning pipeline of major development opportunities is a concern as operators continue to focus on smaller prospects around existing hubs and short lead time opportunities,” Boroujerdi said.

Explorers will target nearly 1.5 billion boe which is lower than in previous years. While most wells are targeting oil, the biggest ones are targeting gas. OMV’s 130 million boe Velocette in the Norwegian Sea is the largest. Woodmac believes that appraisal could unlock over a further 250 million boe of resources.

M&A: opportunities but execution will be the challenge

A year of high prices for oil and gas means that most North Sea operators will be under no pressure to sell. Finding bargains will be a challenge for potential buyers.

“Operators that have taken on big investment plans through the tax package may look to farm down developments,” Neivan Boroujerdi said. “Consolidation has already halved the number of active producers in recent years, but we could see more IOC exits, and PE-backers near the end of investment timelines could also look to monetize.”

Hywind Tampen will reach full capacity. It’s the first dedicated offshore floating wind project to power upstream installations. It's been a success but unlikely to be a blueprint for future developments. Our analysis shows future wind-powered projects need to be part of a wider hub.

Longer-term, the world’s growing need for sustainable energy will change the geography of oil and gas. Its future will be ever more entwined with renewables. Norway already has an electrification advantage and an early-mover foot on the CCS ladder.