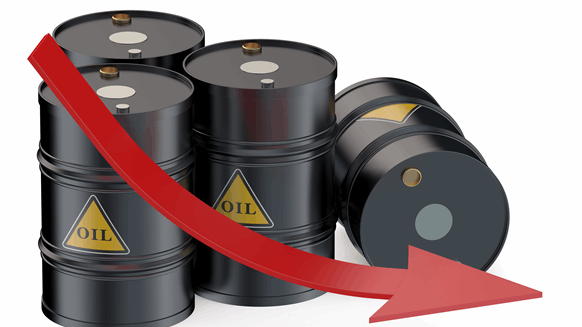 Norway's oil regulator reduced its forecast for production this year.

(Bloomberg) -- Norway’s oil regulator reduced its forecast for production this year, predicting crude output could drop to the lowest in three decades before recovering in 2020.

Oil output of 82.2 million cubic meters, or 1.42 million barrels a day, would be the lowest since 1988. The forecast compares to actual production of 86.2 million last year, and is down from an earlier estimate of 87.2 million.

NPD says oil output was affected by new developments becoming more complex than anticipated and that fewer than expected wells have been drilled. Director General Bente Nyland added in an interview that delays and issues on new projects in 2018 would continue to affect output this year, forcing a reduction in the production forecast. The NPD expects oil companies to drill 53 exploration wells offshore Norway in 2019, unchanged from last year, as the industry recovers from a recent downturn. Investments in the offshore industry are set to rise 13 percent in 2019 to more than 140 billion kroner, excluding exploration. The forecasts confirm that Norway’s oil industry is in full recovery mode, thanks to higher commodity prices but also drastic cost cuts that have made more projects profitable, even considering the recent relapse in crude prices. Still, the NPD again warned that the industry faces a slowdown toward the middle of the next decade due to a lack of new, big projects.

In the longer term, the NPD repeated its expectation that total output of oil and gas will rise after 2019 and come close to a new peak in 2023, thanks in large part to the start of Equinor ASA’s Johan Sverdrup oil field at the end of this year. It also raised production estimates for the last years of its long-term outlook until 2030. The NPD lowered its gas production forecast for 2019 by less than 2 percent to 119.5 billion cubic meters, and expects it to remain stable through 2023 The NPD publishes forecasts once a year in January. This year’s report comes three days after the industry lobby, the Norwegian Oil and Gas Association, presented its investment forecasts and sounded a warning that uncertainty surrounding framework conditions could have a significant impact on future spending.