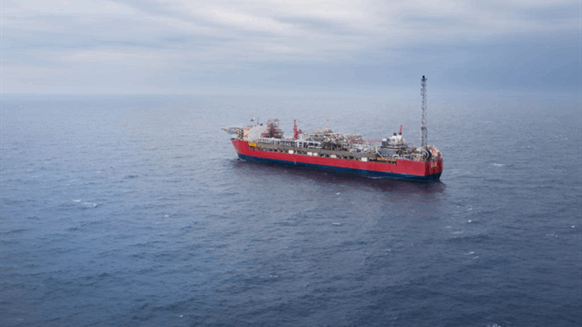 This photo shows the Jotun FPSO, which will be upgraded for the Balder Future project. PHOTO SOURCE: Vaar Energi

Vaar Energi reported Monday that it has begun the life extension project of the Balder Area in the North Sea, with the Jotun floating production, storage and offloading (FPSO) vessel en route to the Rosenberg Worley AS yard in Stavanger, Norway for an upgrade.

According to Vaar, the Jotun FPSO upgrade represents part of its Balder Future project that will increase oil recovery from Balder by extending the field’s life to 2045. Located in Norway’s Production License (PL) 001, Balder Future will give the country’s oldest license an 80-year lifetime, Vaar added.

Vaar also stated that Jotun FPSO has produced oil from the Jotun field in the North Sea for 21 years. The FPSO underwent completion work at the Stavanger yard in the late-1990s. It will undergo preparatory work for two weeks before the last tow into the Rosenberg Worley facility, Vaar noted. Up to 1,200 people will work on the FPSO upgrade, which calls for overhauling the turret, pipes, process equipment, hulls, marine system, living quarters, control and security systems, the firm added.

“I am happy and very proud to have Jotun back in Stavanger,” remarked Vaar CEO Kristin F. Kragseth. “Happy because this marks the start of Vaar Energi’s most important project going forward. Proud because we secure jobs for the local supplier industry at a very challenging time.”

The newly upgraded Jotun FPSO should be reinstalled between Balder FPSO and the Ringhorne platform in the summer of 2022, Vaar stated. The firm added the Balder Future project also calls for drilling 13 new production wells and one water injection well.

Vaar stated the COVID-19 pandemic has caused a delay of part deliveries, but it expressed confidence the project can still reach production start-up as planned. Balder Future aims to extract 136 million barrels of oil equivalent from the field, it added.

According to Vaar, the NOK 19.6 billion (US$2 billion) Balder Future project should support 30,000 full-time equivalent jobs during the project and operational period (2018 through 2045). Firms joining Rosenberg Worley as contractors for Balder Future include Baker Hughes and Ocean Installer. Vaar explained the latter two firms will carry out engineering, procurement, construction and installation of new subsea systems, umbilicals, risers and transport pipes for the Jotun FPSO. It stated that 70 percent of the project’s suppliers are Norwegian.

“We are proud to be continuing the PL 001 legacy, and by utilizing existing infrastructure we contribute to good resource management,” commented Kragseth. “There is still uncertainty about how the COVID-19 pandemic will affect the project, but the goal is to start production in the second half of 2022.”