NOPEC Bill to Fail if Brought to a Vote 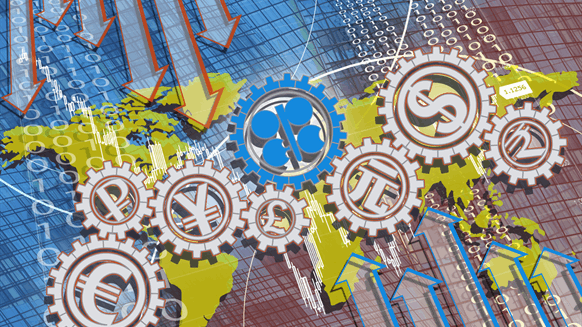 Fitch Solutions expects the NOPEC bill to fail if brought to a vote.

Fitch Solutions expects the NOPEC bill to fail if brought to a vote, according to a report published by the company earlier this week.

“The U.S. oil industry and oil producing states would ﬁercely oppose the bill as OPEC serves as key buffer to low oil prices and any removal of price inﬂuence would hurt proﬁts,” Fitch Solutions stated in the report, which was sent to Rigzone.

“We at Fitch Solutions expect the bill to fail if brought to a vote as the oil interests and commercial impacts would be signiﬁcant and the potential second order effects on U.S. politics, policy and commerce too great for legislators to risk for the benefit of lower consumer fuel prices,” the company added.

In the report, Fitch Solutions highlighted that the U.S. House Judiciary Committee has passed the ‘markup’ phase of the No Oil Producing and Exporting Cartels Act. This stage is prior to the ﬂoor action phases in which the bill is put on the calendar, debated, and ultimately voted on, Fitch Solutions confirmed.

“Various versions of the bill have come to this stage of the legislative process previously and have even passed both the House and Senate, though neither were enacted into law. The President’s office has yet to state position on the bill though it is expected to be supported,” Fitch Solutions said in the report.

The passage of the NOPEC Act would allow prosecution of sovereign entities under the Sherman Act by removing elements of sovereign immunity, Fitch Solutions highlighted in the report. The company stated in its publication that this would open “huge liabilities” to participating OPEC+ producers, “with them potentially facing unknown ﬁnancial penalties”.

“Many of the sovereign states may choose to exit the Declaration of Cooperation in order to avoid fallout. Passage of the NOPEC act, and successful enforcement, could end OPEC's ability to enact production cuts and target setting, effectively ending the organization’s relevance and impact,” Fitch Solutions stated in the report.

“The end of OPEC interventions could lead to an oversupplied market, lowering fuels costs, although wild ﬂuctuations in prices would be more likely as balance of supply and demand is a key function of OPEC's mandate,” Fitch Solutions added.

srikanth Narayanan  |  March 14, 2019
NOPEC will allow to have a free oil market. No more group controlling and manipulating the oil price and output. Lets see how this bill will be unrevealed
Rudolf Huber  |  February 15, 2019
Shooting at NOPEC now just makes them a victim. NOPEC is way more efficient in taking itself down if you leave the current market dynamics play out. They have brought this upon themselves - why throwing them a lifeline?