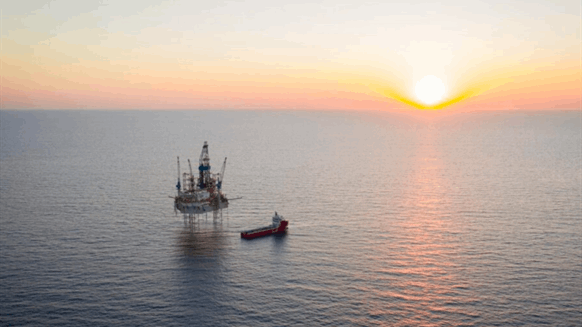 Carnarvon, a partner in the project, said that drilling was expected to begin within the next week after allowing for towing and set up. The company estimates a gross mean recoverable volume of 82 million barrels of liquids and 108 Bcf of gas.

After drilling the primary Caley target, the joint venture has the option to drill into deeper stratigraphy including the Lower Archer Formation Dumont Member sands, and the Permian carbonates. Information from these intervals will be highly valuable in assessing the substantial exploration potential north and east of the Pavo prospect.

Since Pavo-1 is targeting the same reservoir type and trap style as the proven Dorado oil, gas, and condensate field, Carnarvon reminded that the Caley Formation sands flow tested at equipment limits of around 11,000 barrels of oil per day in the Dorado-3 well. According to the company, Pavo-1 is an attractive prospect, having an estimated one-in-three geological probability of success.

Following completion of the well, the rig will drill the Apus-1 well which is located around 12 miles southwest of the Pavo-1 well location.

“The Carnarvon team is excited to be undertaking this next phase of exploration drilling in the Bedout sub-basin. Targets like Pavo are highly attractive, from an economic and time to develop perspective, given their potential to utilize the nearby Dorado facilities,” Carnarvon Managing Director and CEO Adrian Cook said.

“The Dorado development is currently in the advanced engineering and design stage with a joint venture final investment decision expected to occur later this year. Once FID is achieved, construction of the Dorado production facilities can start,” he added.

“In addition to the benefits of Pavo’s proximity to Dorado, the resource size and Carnarvon’s 30% interest in the resource will make a successful discovery meaningful to Carnarvon. The proven Bedout basin acreage remains one of Carnarvon’s core assets. The basin contains around 100 prospects at the current time. With new 3D seismic acquired in 2021 and this year, we expect to enhance this number and delineate a shortlist for future exploration programs,” Cook concluded.

The Pavo-1 well is located in permit WA-438-P which is operated by Santos and holds a 70 percent stake while Carnarvon Energy holds the remaining 30 percent.

To remind, Santos hired the Noble Corporation-owned Noble Tom Prosser jack-up rig to drill two exploration wells near the Dorado field back in March 2021. Drilling operations were expected to start in late 2021, however, they were delayed.