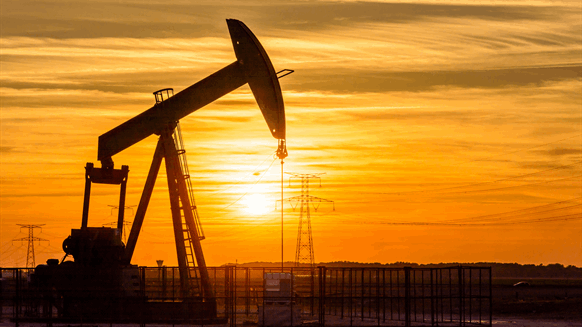 The reduction in drilled but uncompleted wells may limit increases in future crude oil production growth without more drilling.

The reduction in drilled but uncompleted (DUC) wells may limit increases in future crude oil production growth without more drilling.

According to the U.S. Energy Information Administration’s (EIA) Drilling Productivity Report (DPR), the number of wells completed monthly has outpaced the number of wells drilled since July 2020, resulting in fewer DUC wells in the United States. Although the number of active oil-directed rigs, which drill new oil wells, was increasing earlier this year, the rig count has remained relatively flat since July. The declining number of DUCs has coincided with high oil prices and increasing U.S. oil production.

The two main stages in bringing a horizontally drilled, hydraulically fractured well online are drilling and completion. The drilling phase involves dispatching a drilling rig and crew, who then drill one or more wells on a pad site. The completion phase is typically performed by a separate crew, who then begin casing, cementing, perforating, and hydraulically fracturing the well for production. In general, the time between the drilling and completion stages is several months, contributing to DUC inventories in each production region.

Historically, high or rising crude oil prices have encouraged well completions and crude oil production as well as increased drilling. In mid-2020, however, U.S. crude oil production began to grow and the number of DUCs fell, indicating that producers were completing DUCs at a faster rate than they were drilling new wells. The significant decrease in the number of DUCs is a break from previous trends and may reflect producers’ caution about increasing capital expenditures needed to drill new wells after the disruption to the petroleum industry by the Covid-19 pandemic.

As of October 14, 2022, Baker Hughes reported 610 active oil rigs, which reflects a significant increase from 172 rigs on August 14, 2020. However, the rig count since July has been relatively flat and has been historically low compared with other periods when front-month crude oil futures prices were near similar levels or even lower. Increased drilling typically lags four to six months behind a price increase. If drilling activity doesn’t increase, well completions and production may be limited as the number of DUCs fall.

Recent pipeline maintenance is likely causing further price differentials between Waha Hub and Henry Hub. Beginning on October 3, El Paso Natural Gas (EPNG) cut westbound flows of natural gas by more than 300 million cubic feet per day (MMcf/d) on the southern part of its system due to maintenance that it expects to continue until October 21. On October 4, EPNG also announced a 300 MMcf/d cut in westbound flows along the northern part of its system due to a force majeure event. Maintenance will likely last until October 24.

Although crude oil producers could flare excess natural gas, the Texas Railroad Commission regulates the amount of flaring allowed in the portion of the Permian region in Texas. As natural gas takeaway capacity approaches its limits in the Permian region, the Commission may grant flaring permits, which could alleviate oil production constraints. The number of flaring exceptions the Commission grants can vary year-to-year.

Several new projects coming online over the next two years that will add natural gas takeaway capacity to the Permian region. Nonetheless, the emerging wide price spread between Waha Hub and Henry Hub indicates that the region is currently facing capacity constraints. As a result, the amount of crude oil and natural gas produced from the Permian region faces may be limited in the fourth quarter of 2022 and into 2023.