No Layoffs as Total Goes Zero Crude at Refinery 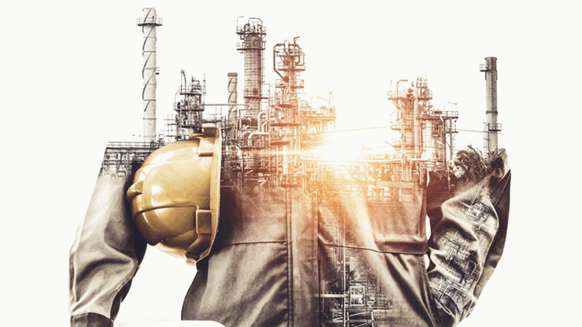 Total (EPA: FP) has revealed that it will carry out its industrial redeployment at the Grandpuits refinery in France with no layoffs.

Total (EPA: FP) has revealed that it will carry out its industrial redeployment at the Grandpuits refinery in France with no layoffs.

The company conceded that there will, however, be early retirements and internal mobility within the group’s sites but noted that it will provide each employee with an appropriate solution.

Of the 400 jobs at the Grandpuits refinery and its associated Gargenville depot, 250 will be maintained after the conversion, with 15 additional jobs created on the Grandpuits platform in a packaging unit connected to a soon to be built bioplastics unit, according to Total. The company said the work projects generated by the investment of more than $583 million (EUR 500 million) in Grandpuits will also create up to 1,000 jobs over a three-year period.

Total outlined that it had carried out a review of the partner companies working on the Grandpuits platform, which it said amounts to the equivalent of 300 full-time jobs. The group stated that it is committed to supporting each partner company during the industrial repurposing of the site and added that, in its new configuration, Grandpuits will continue to prioritize its partner businesses, which it said will represent the equivalent of 200 full-time jobs.

Total announced on Thursday that it will convert its Grandpuits refinery into a zero-crude platform. The company noted that by 2024, following an investment totaling more than $583 million (EUR 500 million), the platform will focus on four new industrial activities; the production of renewable diesel primarily for the aviation industry, the production of bioplastics, plastics recycling and the operation of two photovoltaic solar power plants.

A new bio refinery will be built at the facility, as will a new bioplastics plant and a new plastics recycling plant. In addition, Total will be building two photovoltaic solar plants, one with capacity of 28 Mega Watt peak (MWp) and the other with capacity of 24 MWp. Crude oil refining at the platform will be discontinued in the first quarter of next year and the storage of petroleum products will end in late 2023, according to Total.

The decision to end oil refining at the site comes in the wake of an audit conducted over several months on the 160-mile Ile-de-France pipeline (PLIF), which carries crude from the Port of Le Havre to the Grandpuits refinery. The refinery was forced to shut down for more than five months in 2019 when a leak appeared on the PLIF. The audit found that normal operations at the refinery could be restored only by replacing the PLIF, at a cost of nearly $700 million (EUR 600 million).

Total describes itself as a broad energy company that produces and markets fuels, natural gas and low-carbon electricity. The company is active in more than 130 countries and employs 100,000 people, according to its website, which states that the company’s ambition is to become the responsible energy major.