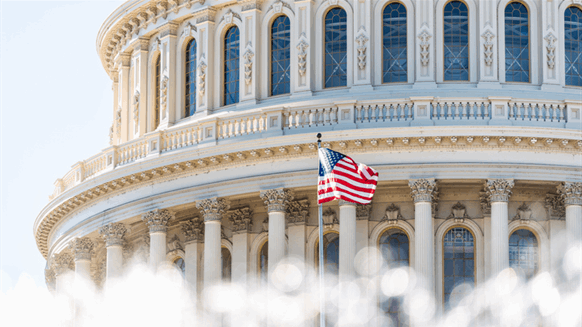 Dan Brouillette has been confirmed to be the new U.S. Energy Secretary by the U.S. Senate.

Dan Brouillette has been confirmed to be the new U.S. Energy Secretary by the U.S. Senate, in a bipartisan vote of 70-15.

“I am honored and humbled by the opportunity to serve the American people, President Trump, and DOE’s dedicated civil servants in this new role,” Acting Secretary Brouillette said in a DOE statement.

“I want to thank President Trump for placing his confidence in me to help advance America’s national security, energy security, and economic security through groundbreaking science, technology and innovation,” he added.

“Together, we will build upon the historic progress in energy made under Secretary Perry’s leadership, making our country safer, more prosperous, and secure,” Brouillette continued.

Honored to be confirmed by the U.S. Senate to lead the outstanding employees of @ENERGY. Together, we are going to change lives for the better, keep our country secure, and conquer the challenges that lie ahead. pic.twitter.com/rF9WENEQtQ

Brouillette previously worked as the senior vice president and head of public policy for USAA, a provider of financial services to the military community, and as a vice president of Ford Motor Company. He has also held numerous positions in government.

The former energy secretary Rick Perry officially left his post on December 1 after announcing his resignation back in October. In a statement posted on social media site Twitter yesterday, Perry described serving in U.S. President Donald Trump’s administration as energy secretary as “the honor and privilege of a lifetime”.

Perry was the 14th Secretary of Energy. Prior to joining the administration, he served as the 47th governor of Texas.