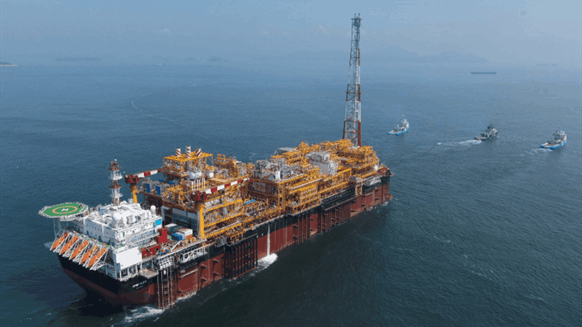 TotalEnergies has begun production from the second phase of the CLOV development offshore Angola.

French energy giant TotalEnergies has begun production from the second phase of the CLOV development, an Angolan offshore project connected to the existing CLOV FPSO.

The CLOV project is comprised of four fields – Cravo, Lirio, Orquidea, and Violetalo – each giving the abbreviated name one letter.

CLOV is the fourth TotalEnergies-operated production hub in Block 17 in the Angolan deep offshore. Plateau production from the first phase was reached in October 2014, just three months after first oil in June of that year.

The French energy major, along with the Angolan National Oil, Gas and Biofuels Agency (ANPG), announced the start of production of CLOV Phase 2 last week.

According to TotalEnergies, this project – launched in 2018 – was carried out within budget and planned execution duration, despite the challenges associated with the Covid-19 pandemic.

“The start of the production of CLOV Phase 2, a few months after Zinia Phase 2, demonstrates our continuous efforts to ensure a sustainable output on Block 17,” said Henri-Max Ndong-Nzue, Senior Vice-President Africa, Exploration and Production at TotalEnergies.

“This project fits within the company’s strategy to focus its upstream investments on low-cost projects which contribute to lower the average GHG emissions intensity of its production. CLOV Phase 2 start-up also highlights the performance of our teams despite the health crisis,” he added.

“CLOV Phase 2 start-up comes at the right time to sustain the national oil production. We value the performance of the operator and the contractor group to keep executing projects despite this crisis period,” Belarmino Chitangueleca, acting President of the ANPG, stated.