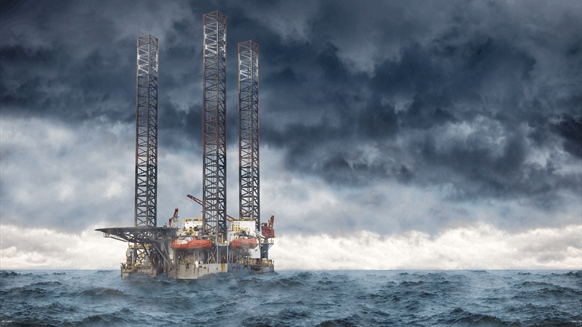 A trailer for the series has also been published.

"What is going on out here?" 🌫 #TheRig. 6th Jan pic.twitter.com/RZvPZ1KVV9

According to the Amazon Studios website, The Rig is a character-driven mystery thriller following the crew of the Kinloch Bravo oil rig as they fight for survival after a strange fog cuts off all communication with the shore and leaves them stranded in the fierce waves of the North Sea.

“With their helicopter not coming and supplies limited, Offshore Installation Manager and rig boss Magnus tries to guide his already fractured crew through the evolving crisis,” a summary posted on the site notes.

“But his increasingly desperate efforts to restore contact with the mainland are repeatedly shattered as tensions and paranoia rise, the rig’s systems fail, and a devastating accident brings them all face-to-face with the deadly dangers of one of the most extreme working environments on the planet,” the summary adds.

Back in November 2020, Amazon Prime Video confirmed a UK produced Amazon Original six-part thriller series titled The Rig. In a statement released at the time, Amazon revealed that The Rig would be the first Amazon Original Series filmed exclusively in Scotland.

Amazon revealed a first look at the cast from its The Rig series in September last year. In a post on its Twitter page, Prime Video UK published several pictures of the cast in oil and gas settings donned in industry garments. The pictures were accompanied by a caption reading “if the suspense waiting for the release is killing you, just wait until you watch the series”.