The U.S. Postal Service (USPS) is modernizing its fleet of postal delivery vehicles, but a common fuel for fleet vehicles – natural gas – will not be used to power them.

On Tuesday, the USPS reported that it has awarded an initial $482 million contract to Oshkosh, Wis.-based Oshkosh Defense to manufacture 50,000 to 165,000 units of the Next Generation Delivery Vehicle (NGDV) over 10 years. USPS noted the Oshkosh Defense contract represents “the first part of a multi-billion-dollar” effort to replace its delivery vehicle fleet in the next decade.

The Postal Service pointed out the contract falls under the “indefinite delivery, indefinite quantity (IDIQ)” category. Under the IDIQ agreement, USPS – after reaching an initial dollar commitment – will be able to order more NGDVs on an ongoing basis under the 10-year term, the organization explained.

The NGDV will be equipped with gasoline-powered internal combustion engines or battery electric powertrains and can be retrofitted as electric vehicle technological advances allow, according to a USPS written statement. 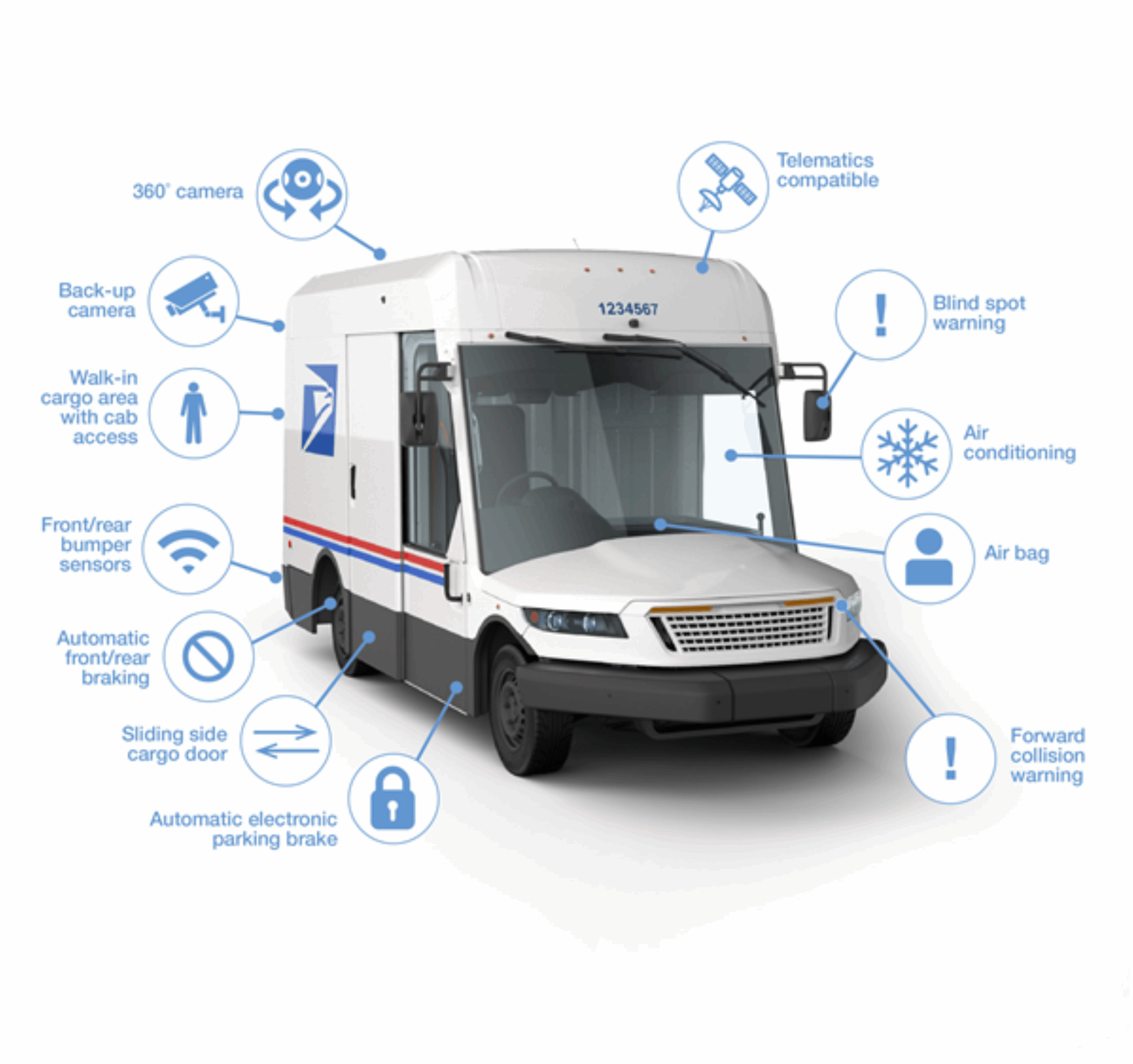 “The NGDV program expands our capacity for handling more package volume and supports our carriers with cleaner and more efficient technologies, more amenities, and greater comfort and security as they deliver every day on behalf of the American people,” remarked Postmaster General and USPS CEO Louis DeJoy.

Separately, Reuters and other media outlets have reported that DeJoy told a congressional panel Wednesday the Postal Service – given budget constraints – can commit to making just 10 percent of the NGDVs electric. The USPS notes that it generates operating expenses from the sale of postage, products, and services – not tax dollars.

When asked by Rigzone why natural gas was omitted from the NGDV fuel mix, a spokesperson for the USPS said the organization cannot comment on details of the contract.

“Our fleet modernization reflects the Postal Service’s commitment to a more environmentally sustainable mix of vehicles,” said Kim Frum, USPS senior public relations representative. “Because we operate one of the largest civilian government fleets in the world, we are committed to pursuing near-term and long-term opportunities to reduce our impact on the environment.”

“The flexible platform will allow the Postal Service to purchase the NGDV with powertrains that maximize fuel efficiency, reduce operational costs, and allow the incorporation of emerging technologies in the future – that is, retrofit the drivetrains to other technologies – when they become mature and offer operational savings,” she said.

Prefacing that he is not privy to contract details, the head of a national trade association for the U.S. natural gas vehicle (NGV) industry told Rigzone the USPS announcement does not appear to prevent the use of natural gas-powered internal combustion engines in the NGDV.

“Oshkosh Corporation (NYSE: OSK) is well aware of the power and potential of natural gas use in transportation as it is the parent of both Oshkosh Defense and McNeilus, an NGVAmerica member,” said NGVAmerica President Daniel J. Gage.

Gage also expressed hope that the USPS will consider the natural gas option.

“As the Postal Service works with Oshkosh to build a modern sustainable fleet, we are hopeful it will fully consider the benefits of natural gas technology as it transitions to alternative fuels,” he said. “It is important that USPS have the flexibility to deploy technology that reflects performance, range, and economic realities depending on its many diverse and differing duty cycle needs across the United States.”

USPS anticipates integrating the NGDV on carrier routes in 2023.