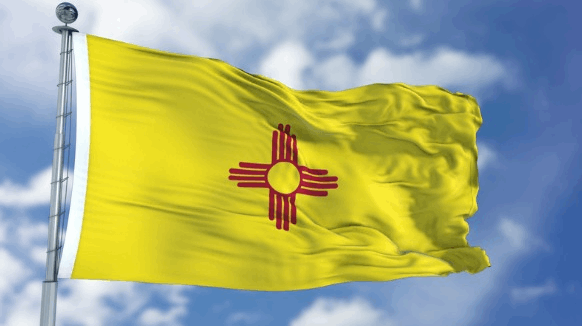 The draft rule from EMNRD’s Oil Conservation Division (OCD) proposes 98-percent natural gas capture from the oil and gas industry by 2026 across two phases. Under Phase 1 of the draft, oil and gas players would be required to collect and report data on methane venting at every stage of the value chain, according to a written statement from EMNRD. In fact, the department called the full value chain emphasis a unique feature of New Mexico’s draft rule.

“This information will help drive Phase 2 of the draft rule which requires stringent gas capture limitations across upstream and midstream operations,” added the state agency.

EMNRD stated that comprehensive data from Phase 1 will set an “enforceable target” in the draft rule for operators to curb methane releases. Using the Phase 1 “natural gas waste” level as a baseline, each operator would then be required to reduce methane by a fixed amount each year to reach a 98-percent gas capture rate by Dec. 31, 2026, EMNRD continued.

“If operators do not meet their gas capture targets, they risk enforcement actions,” stated the agency, adding the draft rule allows limited exceptions in emergencies.

According to EMNRD, major facets of the draft rule include:

“The draft rules lay out an achievable but ambitious timeline and leaves room for innovation in the oil and gas industry, incorporating key feedback received throughout the process,” OCD Director Adrienne Sandoval commented in a written statement. “Together we can craft a nation-leading methane reduction model.”

“We will be reviewing the proposed regulations carefully to ensure they live up to the promise of the (Gov. Michelle) Lujan Grisham administration to minimize the impact of oil and gas operations on the climate and the health of New Mexico’s communities and families,” stated Jon Goldstein, EDF director of regulatory and legislative affairs for energy.

Ryan Flynn, executive director of the New Mexico Oil & Gas Association (NMOGA), stated that his organization and its members are “committed to reducing methane emissions while providing a sustainable source of energy.” He noted that NMOGA will continue to work with EMNRD and the New Mexico Environment Department (NMED), providing technical and scientific expertise.

“These rules should build upon the innovative solutions that make New Mexico and the United States the global leader in safe and environmentally responsible energy production,” Flynn stated. “New Mexico relies heavily upon the oil and gas industry for our state budget and funding for public schools, and it is critical that these rules allow our industry to continue to create jobs and revenue amid unprecedented economic challenges.”

“Throughout the process, we’ve benefited from extensive public engagement and technical advice from industry and non-governmental experts,” stated Propst. “Today we’re seeking another round of comments on our methane strategy before starting the formal rulemaking process.”

EMNRD is conducting an “informal comment period” through Aug. 17, 2020, to solicit feedback on the draft rule via email at EMNRD.WasteRule@state.nm.us. You can access the draft rule from OCD’s website. EMNRD also stated that it plans to hold a public meeting on the topic with NMED via webcast and telephone from 4 to 6 p.m. Mountain time on Aug. 6. After the rule has been finalized and proposed to OCD, interested parties will have the chance to participate in a formal public comment period, EMNRD added.