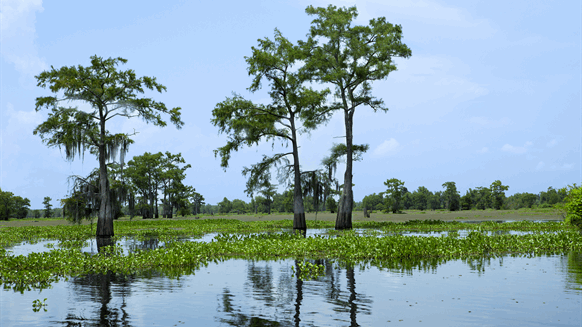 The pipeline extends from Nederland, Texas, to St. James, La., via the Atchafalaya Basin.

The completed pipeline will be able to transport up to 480,000 barrels per day of light and heavy crude oils, Energy Transfer’s website states.

The second phase of the buried pipeline, with a diameter of 24 inches (61 centimeters), crosses the Atchafalaya Basin and was opposed by environmental activists. As this 2018 Reuters article that appears in Rigzone states, efforts to halt construction in the courts failed.

The Bayou Bridge project website notes that roughly 88 percent of the pipeline, including the entire segment within the Atchafalaya Basin, parallels existing infrastructure such as pipelines, power lines and roads. Moreover, it points out that the pipeline will improve the safety and efficiency of crude oil transport on the Gulf Coast by reducing shipments via rail, barge and ship.

"With the vast production happening in the Permian and Delaware Basin, safely and effectively transporting crude to Louisiana is vital to the success of our state's refineries and economic growth in the region," Tyler Gray, president of the Louisiana Mid-Continent Oil and Gas Association (LMOGA), told Rigzone. "A fully operational pipeline is an asset to all of Louisiana."

Gifford Briggs, president of the Louisiana Oil and Gas Association, said that his organization is "excited" to see the Bayou Bridge project's completion.

"This critical infrastructure is the safest and most efficient way to transport oil and gas material throughout the state," said Briggs, adding that developing pipeline infrastructure yields considerable economic development for Louisiana.