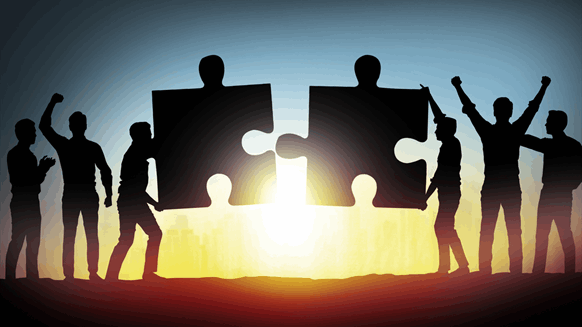 Decom North Sea, a non-profit organization that aims to lead the development of efficient and effective decommissioning, announced Wednesday that it has formed a new Decommissioning Leadership Group (DLG).

Comprising around 50 individuals, the majority of which are elected Decom North Sea members, the DLG will lead the strategy, direction and agenda of Decom North Sea, the organization revealed.

The DLG held its inaugural meeting in Aberdeen last month, where it initiated work groups in a number of areas “to address topics of interest, and to create tangible deliverables to move the sector’s development forward,” Decom North Sea said in an organization statement.

Over the coming months each work group is set to meet on a bi-monthly basis to “discuss and move their assigned topic forward,” Decom North Sea said. The full DLG is scheduled to meet at regular intervals to review progress.

DLG member Jinda Nelson, of Bilfinger Salamis UK Limited, said members of the DLG would be an important part of the process of making the most of opportunities when they arise.

“The face of decommissioning is changing extremely quickly and it’s imperative that we are ready to make the most of the opportunities when they arise. The members of the DLG, with their vast experience and knowledge of the industry, will be an important part of this process,” Nelson said in a company statement.

Fellow DLG member Stuart Martin, of Ardent, said he hopes the DLG can become a centre for excellence in Aberdeen, the UK and globally.

“There is currently no recognized best practice within the industry. Through recognising the lessons learnt from experience, I believe the DLG is perfectly placed to lead the way,” he said in a company statement.

Roger Esson, decommissioning solution centre manager at The Oil & Gas Technology Centre, commented on the DLG’s representation from “many different organizations within the decommissioning sector”.

“The DLG has representation from many different organizations within the decommissioning sector, so this is a great opportunity to avoid duplication of effort and create some joined up thinking,” Esson said in an organization statement.

Decom North Sea has grown since its inception in 2010 to more than 350 members, drawn from operators, major contractors, service specialists and technology developers.