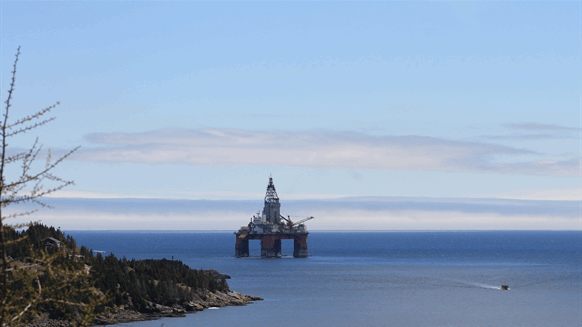 The Agency contends the new ministerial regulation will improve the efficiency of the assessment process for offshore NL projects. It also stated the regulation includes a series of conditions that focus on environmental protection and “meaningful Indigenous engagement.”

The ministerial regulation, which appears on The Agency’s website, applies to a specific area offshore NL. This bulleted list taken from the online document specifies the area’s coordinates.

A written statement on the NL government’s website outlines the new regional assessment process as follows:

The provincial government noted the previous process led to “considerable delays” in authorizing offshore exploration activities that usually take 30 to 60 days to complete. It attributes the delays to a 2010 decision that transferred offshore environmental assessment responsibility from C-NLOPB to the Canadian Environmental Assessment Agency (CEAA).

“As a result of this change, license issuance periods increased from an average of one year to over 900 days,” the NL government explains in Thursday’s written statement. “This had a substantially negative impact on the Newfoundland and Labrador offshore sector’s global competitiveness.”

The provincial government added that Canadian Association of Petroleum Producers research shows the average environmental assessment time for an exploratory well is dramatically shorter in other regions:

“It establishes a clear and efficient process for the assessment of exploration projects, subject to mitigation measures and regulatory conditions that uphold the highest environmental protection standards,” Jonathan Wilkinson, Canada’s Minister of Environment and Climate Change, stated regarding the revamped process.

“This brings predictability and certainty for investors, making the province a more internationally competitive place to invest, which will drive economic prosperity for people here and across Canada,” O’Regan noted.

According to NL Minister of Natural Resources Siobhan Coady, a study of the province’s offshore shows “tremendous potential.” She noted her government’s “Advance 2030” plan has identified more than 650 leads and resource potential of 52.2 billion barrels of oil and 199.6 trillion cubic feet of natural gas in just nine percent of NL’s offshore.

“The regional assessment process allows us to be globally competitive while ensuring an effective environmental regime,” Coady stated. “Newfoundland and Labrador can efficiently explore its offshore and hopefully make some great discoveries.”

“We look forward to continuing this work with the federal government to support the offshore oil and gas industry in Newfoundland and Labrador,” Ball said.

Aman Preet  |  June 08, 2020
Internet of Things (IoT) has Significantly Revolutionized the Operational Activities of the Oil and Gas Industry.