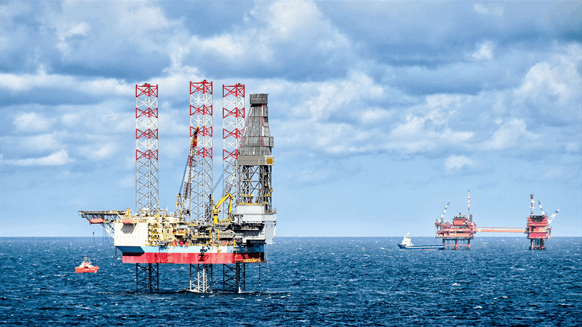 The company has plans for two new wells and the role of VP of Exploration and Development is changing.

The Norwegian Petroleum Directorate has granted Neptune Energy Norge AS a drilling permit for wells 34/4-15 S and 34/4-15 A in the North Sea, according to a statement from the organization. The wells will be drilled from the Deepsea Yantai drilling facility after drilling production wells on the Duva field.

Production license 882 was awarded on February 10, 2017, and these exploration wells are the first to be drilled in the license.

Neptune Energy Norge AS is the operator with an ownership interest of 40 percent. The other licensees are Concedo ASA (20 percent), Petrolia NOCO AS (20 percent) and Idemitsu Petroleum Norge AS (20 percent). The area in the license consists of parts of blocks 33/6 and 34/4, and the wells will be drilled about ten kilometres northwest of the Snorre field.

Separately, Neptune also announced that Gro Haatvedt will leave her executive role as VP of Exploration and Development at the end of September 2020. She will remain with the company as Distinguished Advisor.

In her advisory role, Haatvedt will support the technical review of exploration and development prospects and geological and geophysical activity. She will also advise on the ongoing development of Neptune’s digital subsurface solutions.

Jim House, Neptune’s Chief Executive Officer, said: “Gro has been instrumental in Neptune’s growth. She created our exploration capability and the results we have achieved are testament to her leadership. I am delighted she will remain with the business in her new role to provide insight and technical expertise as we develop our exploration portfolio further.”

Starting in October, the exploration and development team will report to Andrea Guerra, in the new combined role of VP Subsurface.