Neptune Aiming To Store More CO2 Than It Emits By 2030 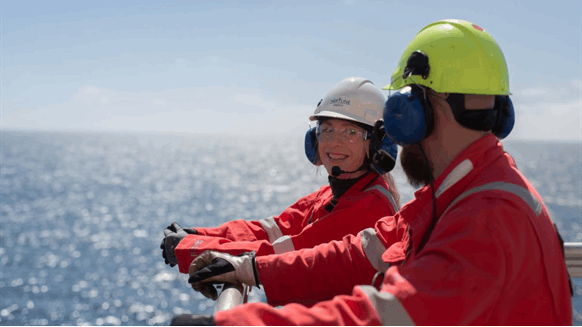 Neptune Energy is aiming to go beyond net-zero and store more CO2 than it emits from its operations and the use of its sold products by 2030.

Oil and gas company Neptune Energy is aiming to go beyond net-zero and store more carbon than is emitted from its operations and the use of its sold products by 2030.

Neptune is currently progressing two carbon capture and storage (CCS) developments in the Dutch and UK sectors of the North Sea that could see it store more than 9 million tons of CO2 emissions per year for third parties by the end of this decade.

That would exceed its projected direct emissions – Scope 1 – and emissions from the use of its sold products – Scope 3. Neptune’s aim will be supported by a new strategy, focusing on lower-carbon energy production and integrated energy hubs.

The company said that it would focus on electrification where it is economic to do so and continue to reduce emissions from its operations. The company will continue to target production in its key producing regions, maintaining its gas-weighted portfolio and lower carbon intensity. New gas and oil developments that are consistent with its lower carbon strategy will be prioritized.

Neptune will pursue electrification to decarbonize some of its highest-producing assets where it is economically viable to do so and where the regulatory regime is supportive. Consequently, its short-term focus for electrification is Norway.

By the end of 2022, more than 35,000 boepd of Neptune’s net annual production will be electrified. With further projects planned in Norway, the company aims to have around 50,000 boepd electrified by 2027.

Neptune’s stated that its integrated energy hub strategy provides an opportunity to drive offshore decarbonization, by extending the life of offshore assets and repurposing them to facilitate CO2 storage and hydrogen production, using domestic, lower carbon-intensive gas or wind power.

By extending field life, electrification could become more economic, helping decarbonize existing production further. This strategy builds on the company’s experience with CCS in the Netherlands and Norway.

Neptune, with its partners, is currently developing the L10 CCS project in the Netherlands, which could store up to 5 tons of carbon per year and is aiming for a FEED by the end of 2022. FID will be made in 2023. The first carbon injection could be in 2026. Neptune is also pursuing a CCS storage and appraisal license in the UK.

The methane intensity of its operated production is 0.02 percent, below the industry average of 0.20 percent and Neptune remains on target to reach net-zero methane emissions by 2030.

“Neptune has one of the lowest carbon intensities in the sector due to the steps we have taken already to reduce operational emissions. We have both the infrastructure and the experience with electrification and CCS to now accelerate our ambitions,” Pete Jones, CEO of Neptune Energy, said.

“Gas will continue to play a crucial role in decarbonization globally, while also being vital for energy security. Our gas-weighted portfolio positions us well and we will use this to integrate energy systems, increasing CO2 storage, electrification, and hydrogen production, to store more carbon than we emit by 2030,” Jones added.

Neptune also announced changes to its executive management team. Armand Lumens will add IT to his current role as CFO while Kaveh Pourteymour, currently CIO, will leave the business to pursue other opportunities.

Philip Lafeber, currently the VP of Operations for North Africa and the Asia Pacific, will take up the new role of VP, HSEQ & Technical Services. Mark Richardson, the VP of Projects and Engineering, will retire having overseen the successful delivery of the Gjøa P1, Duva, and Merakes projects last year.

Also, Neptune’s UK and Norwegian businesses will be brought together and report to Neptune’s MD for Norway and the UK Odin Estensen. Alix Thomas, currently MD in the UK, will take up the role of MD in Egypt.  Eko Lumadyo, currently MD in Indonesia, will take on the additional responsibility for Neptune’s Australia business, becoming MD of Asia Pacific.