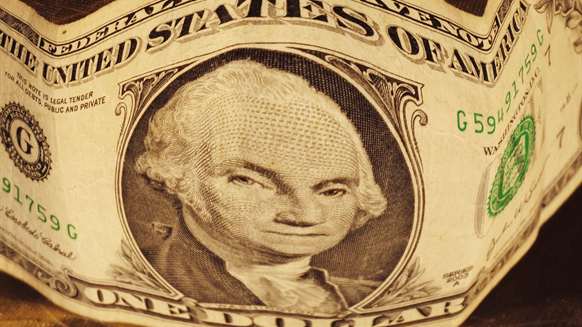 Near term Brent oil price dynamics continue to be distorted on multiple levels.

Near term Brent oil price dynamics continue to be distorted on multiple levels with the U.S. and Saudi Arabia vocally sparring after the recent OPEC+ cut.

That’s what a new BofA Global Research report outlined, adding that the impact of the dollar is another consideration.

“Over the past few weeks the US$ index has seemingly rolled over,” the BofA Global Research report stated.

In the report, BofA Global Research noted that only concerns over a broader market recession provide some offset to concerns over softer demand, but added that “even the worst recessions would imply a demand impact that could be managed by sustained intervention by OPEC+”.

“We continue to believe steep backwardation in the forward curve is a poor indicator of the oil market outlook,” the BofA Global Research report stated.

“For now, we continue to base sector valuations at long term $80 Brent, some 10 percent above the current three year strip; but increasingly this could understate the signal from OPEC+ that could hold Brent in a $80-$100 range,” the report added.

In a report sent to Rigzone recently, analysts at Fitch Solutions Country Risk and Industry Research revealed that they were holding on to their current forecast for Brent crude to average $105 per barrel in 2022 and $100 per barrel in 2023. They stated in the report, however, that they were likely to make downward revisions this month.

In a separate market note sent to Rigzone on October 18, Rystad Energy noted that Brent is likely to hit $100 per barrel by the end of the year. In its latest short term energy outlook, which was released on October 12, the U.S. Energy Information Administration revealed that it saw the Brent spot price averaging $102.09 per barrel this year.