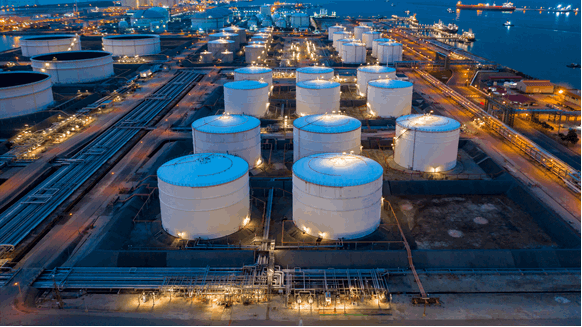 Associated gas from oil fields will be hit most, losing some 5.5 percent compared to 2019 levels.

While global oil production has absorbed the lion’s share of pandemic aftershocks, natural gas output, which was set to grow, is now set to fall by 2.6% this year, according to Rystad Energy. Associated gas from oil fields will be hit the hardest, losing some 5.5% compared to 2019 levels.

“Part of the recovery will be driven by optimism in future oil prices, which could gradually drive output from associated gas fields to near 600 Bcm by 2025,” said Carlos Torres-Diaz, Rystad Energy’s Head of Gas and Power Markets. “But how future oil prices really evolve will actually define the total natural gas output.”

As for other regions:

Rystad said if Brent prices stabilize at around $60 per barrel in 2025, this would lead to its base case associated gas production forecast of 596 Bcm in 2025. If prices stay closer to $40 per barrel, then there is a risk of associated production dropping below 500 Bcm. If Brent climbed closer to $120 per barrel, production from associated fields would recover quickly and have the potential to reach 800 Bcm by 2025, according to Rystad.

“While global gas demand for 2020 has been revised down to 3,883 Bcm due to the impact of Covid-19, a jump in consumption during 2021 because of continued low prices and recovering economic performance could lead to a tighter balance. Currently, the production forecast for 2021 is 4,015 Bcm, meaning that if demand grows more than 3%, the balance could tighten significantly. This would subsequently lead to higher prices, which could trigger a supply response,” the firm said in a statement.