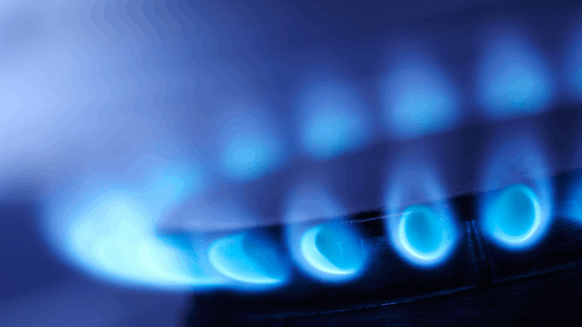 A recent industry report finds that natural gas can help to mitigate energy poverty in the United States.

According to the U.S. Energy Information Administration (EIA), Texas enjoys a comfortable lead among 33 energy-producing states in terms of its crude oil and natural gas output. EIA data also show the Lone Star State ranks highest among the 50 states and Washington, D.C., in primary estimated energy consumption for both resources.

Despite the abundance of hydrocarbons in Texas and elsewhere in the U.S., however, affordable energy is out of reach for millions of Americans. That is the conclusion of a recent whitepaper from Texans for Natural Gas, an organization that receives support from three major energy players in the state: Apache Corp., EOG Resources and XTO Energy. The report finds that expanding access to natural gas can help to mitigate “energy poverty” because the fuel is affordable. In fact, it concludes that shale-driven improvements in energy productivity have lowered the domestic price of natural gas by 63 percent and has saved U.S. families on average $2,500 per year.

Texas for Natural Gas spokesperson Elizabeth Caldwell recently spoke to Rigzone about the issue of energy poverty and gas’ role in mitigating it. Read on for her insights.

Rigzone: Texas is an energy-rich state with an abundance of natural gas. Moreover, it’s historically enacted policies that have promoted oil and gas production. In energy poverty cases in Texas, is it primarily an issue of lack of access to natural gas – infrastructure – or insufficient income?

Elizabeth Caldwell: In Texas, energy poverty is a painful side-effect of many deep-rooted causes. Texas has one of the highest poverty levels in the United States. The Texas Energy Poverty Research Institution (TEPRI) reports more than 24 percent of Texas households earn less than $25,000 annually. That population is already facing a high energy burden simply by the fact that any essential expense, like utilities, eats up a much larger share of their income each month.

Our state suffers from sweltering summers that require energy-intensive air conditioning to keep cool. Residential cooling has also driven up utility bills this year more than others due to the pandemic, as Texans spent more time than ever at home. During the pandemic’s onset in March 2020, Texans’ most significant electric bill factor, residential cooling, increased by as much as 40 percent. Thankfully, Texas also has some of the lowest electricity rates in the country thanks to abundant natural gas supplies. But that underscores why it’s so important to keep energy affordable and explore ways to further reduce the burden on working families. Even with comparatively low energy prices, too many Texas families are being forced to make tough budget decisions that they shouldn’t have to make.

Rigzone: Based on your research, what are some of the most effective policies that states have implemented to alleviate energy poverty?

Caldwell: There is no silver bullet for energy poverty. However, better energy efficiency and expanded energy infrastructure can have a tremendous impact on the problem.

For example, weatherization and other efficiency measures in buildings can significantly lower energy costs for low-income families. Whether they are facing a triple-digit heat wave or a polar vortex, a well-insulated home or apartment ensures that a family isn’t bleeding money trying to keep their home a livable temperature.

Another important strategy is more investment in critical energy infrastructure like natural gas pipelines. Though our country is a global leader in natural gas production, we simply don’t have enough pipelines to ensure equal access to that fuel. Some of that can be attributed to local politics – some municipalities have sought to enact natural gas bans or prevent the construction of critical pipelines. New York has repeatedly denied permitting on new natural gas pipelines, despite being the sixth-largest consumer of natural gas in the United States and the ever-increasing demand in the state. Predictably, energy prices in the Empire State have skyrocketed as a result, and that obstruction has also harmed New England, which rather embarrassingly had to import natural gas from Russia recently. If New York embraced natural gas as Texas did, perhaps they would see the same energy savings Texans have. In fact, natural gas saved energy customers in Texas $60 billion from 2006 to 2016.

Rigzone: What are some examples of policies that have exacerbated energy poverty?

Caldwell: We’ve seen clearly in cities like Boston that the obstruction of natural gas pipelines has significantly raised the cost of energy, which hurts low-income households the most. As a result of extreme anti-pipeline policies, families in Massachusetts paid an average of $21.44 per kilowatt-hour in Dec. 2019, which was 60 percent higher than the national average. That disparity in energy prices is frankly unacceptable, especially when Massachusetts sits just a few hundred miles away from one of the world’s most prolific natural gas fields: the Marcellus Shale.

Rigzone: How can mitigating energy poverty help to improve other socioeconomic outcomes?

Caldwell: Energy poverty is devastating. One of its more distressing impacts is on the health of those suffering through a high energy burden. Energy poverty can exacerbate both physical and mental health conditions. Several studies have found that children in energy-insecure homes are more likely to experience food insecurity, hospitalization, poorer health ratings and developmental concerns than children in energy-secure homes. Some low-income households are forced to make unbearable choices, like whether to fill a needed prescription or pay their utility bill.

By beginning to mitigate energy poverty, we can begin to improve the health outcomes of those in low-income communities. With the sheer size of our oil and gas resource base, we should be able to do more to ensure these folks don’t have to make such painful decisions.

Caldwell: Energy poverty is often seen as some far-off problem, something that people in Asia or Africa have to deal with, but not here in the richest country in the world. While we certainly have some advantages over other countries in that regard, there are far too many families here in the United States that aren’t reaping the full benefits of the shale revolution. In many cases, that’s because anti-pipeline groups or “Keep It In the Ground” activists have succeeded in limiting energy choices for households. We need to remain focused on how we can protect more people from higher energy bills, something the shale revolution has done and can continue to do.

With that said, we also know that the United States can do a lot of good around the world, too. Continuing to explore new export markets for U.S. oil and natural gas will not only help address poverty in other countries. It will also strengthen our diplomatic ties to key allies and reduce our trade deficit.

For additional details about Texans for Natural Gas’ report, visit the organization’s website.