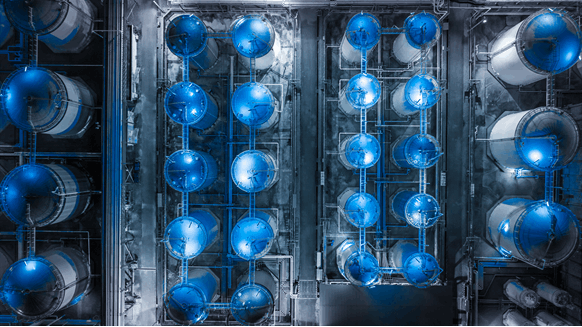 The US shale revolution itself is at the heart of the global "dash to gas".

Natural gas is the cleanest, most versatile, and most flexible fossil fuel. Gas emits 50 percent less CO2 than coal and 30 percent less than oil, not to mention having near zero local pollutants that cause smog. In addition, in contrast to coal (65 percent for power) and oil (60 percent for transport), gas has a variety of uses. Gas gets utilized in the power, industry, commercial, residential, and the transportation sectors. And increasingly important as nations seek to decarbonize, gas is the backup generation source for intermittent renewables. It is gas that fills in for those frequent times when the “the wind isn’t blowing” and “the sun isn’t shining.”

This all explains why gas today provides a rising 30 percent of the energy used in the rich OECD economies. Now, the still developing countries – which constitute 85 percent of the global population – hope to follow the Western model in making a global “dash to gas.” China and India especially have national strategies to lower their overdependence on coal and lift gas’ 8 percent share of energy supply to around 20 percent.

Since 2000, global gas reserves have expanded over 50 percent to 7,000 Tcf. In turn, total demand since 2010 alone has risen 25 percent to 380 Bcf/d. The rapidly growing LNG trade is encouraging more gas usage, evolving this longtime regional product into a global and fungible commodity like oil. LNG continues to extend its ~15 percent share of the world’s gas consumption by connecting distant suppliers and buyers. LNG investments hit $50 billion in 2019 alone, with hundreds of billions of dollars more on the horizon.

The U.S. shale revolution itself is at the heart of the global “dash to gas.” Over the past decade, U.S. gas production has risen over 60 percent to 93 Bcf/d. Excess supply has helped the U.S. become the third largest LNG supplier in just a few years, now shipping out over 7 Bcf/d. The growth of destination-flexible, hub-priced LNG exports from the U.S. is establishing a more liquid and flexible gas market. Along with advancing systems like FLNG, this is deepening the pool of importing nations, now at 45 versus 25 five years ago.

U.S. LNG is adding the transparency and predictably that the market has been lacking since its inception decades ago. The U.S. is also improving pricing dynamics by increasing gas-on-gas competition and spot market sales, while lowering the riskier buyer reliance on oil-indexation, overly high volume purchases, and long-term contracts. So not just lowering pricing domestically, the U.S. shale boom and its LNG are helping to keep gas prices lower globally, boosting more interest in the commodity itself.

Looking forward, the International Energy Agency (IEA) expects that the U.S. will add 30 percent of the world’s new gas production through 2030, and the country could become the largest LNG exporter within five years. To be sure, however, ongoing liquefaction capacity gains from Qatar, Australia, Russia, Canada, and some African nations are expected to keep global gas prices low and add more opportunities for buyers.

Low prices themselves are being understated in terms of locking-in more gas infrastructure and usage. They are especially required for the still developing nations because citizens simply cannot afford more expensive energy. This justifies previous World Bank President Jim Yong Kim’s view that a Western insistence on “only wind, only solar” for the world’s poor was not just impractical but utterly unfair. To illustrate, rich Germany is spending literally hundreds of billions of dollars forcing wind and solar into the system yet is now looking at building three LNG import terminals.

Indeed, many other nations understandably want to follow the same “dash to gas” that the U.S. has. The IEA has credited the shale gas boom as the key factor in why the U.S. has been reducing CO2 emissions faster than any other nation. In the not too distant future, perhaps in less than a decade, natural gas will surpass oil to become the world’s primary fuel. Farther out, the U.S. Department of Energy’s International Energy Outlook 2019 models that global gas demand will soar 40-45 percent by 2050.

Rudolf Huber  |  November 29, 2019
Yes, gas is clean. And yes, gas provides an awesome energy solution for almost anything. Gas is also an excellent fuel for vehicles of all sizes and does not suffer from the ills of EV's. And gas is very economical on top of that. But the best ist - gas is fast to implement. Coal and nukes take their sweet time to get up and running. A CCGT is lightening fast to set up.
Vangel Vesovski  |  November 26, 2019
Nonsense. Shale company bonds are pennies on the dollar. The sector has NEVER generated positive free cash flow while destroying hundreds of billions of capital. The shale miracle is a scam.