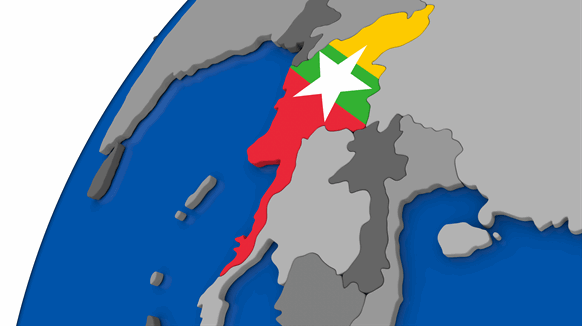 A consortium of McDermott and BHGE has won a contract for the second phase of the Shwe gas field development offshore Myanmar.

Under the contract, the McDermott-BHGE consortium will provide POSCO-DAEWOO with:

McDermott stated that it will undertake the engineering, procurement, construction, installation and commissioning (EPCIC) of the SURF and brownfield modification scopes of the contract. In addition, the company said that it will use its Kuala Lumpur, Malaysia regional center of excellence for project management and engineering. Also, McDermott noted that fabrication of the SURF structures and production manifolds will take place in the Asia Pacific region. The company added that it will execute the installation and commissioning phase using field service engineering expertise and tooling support from BHGE’s Singapore base.

McDermott also reported that its pipelay assets, including the Derrick Lay Vessel 2000, will carry out installation of the SURF and SPS components.

POSCO DAEWOO operates the Shwe field development, which comprises the Shwe, Shwe Phyu and Mya offshore gas fields in blocks A-1 and A-3 of the Bay of Bengal in Myanmar. Other companies in the Shwe consortium include Myanma Oil and Gas Enterprise, Oil and Natural Gas Corp Videsh Limited, Gas Authority of India and Korea Gas Corp.

According to McDermott, which valued its share of the award within the range of US$50 million to US$250 million, final delivery of the contract should occur in 2022.