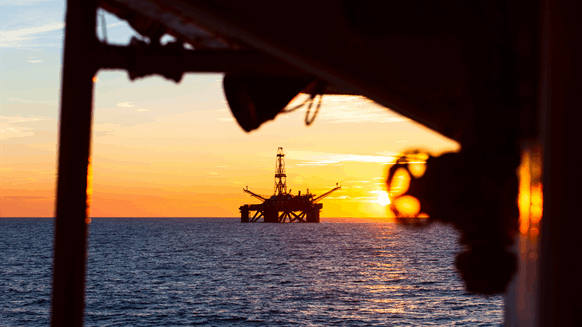 MOL Norge AS and its co-venturers have discovered oil and gas in the Norwegian sector of the North Sea approximately 124 miles (200 kilometers) west of Stavanger, parent company MOL Group reported Wednesday.

In a written statement emailed to Rigzone, MOL Group stated the well – drilled to 8,701 feet (2,652 meters) below sea level – encountered oil and gas in multiple formations. In addition, the company noted the well successfully tested for approximately 3,463 barrels of oil equivalent (boe) per day. The firm also stated the potential resources discovered in the main formation range from 12 to 71 million barrels of oil and gas equivalent.

Lundin reported separately Wednesday that the discoveries were made at the Evra and Iving exploration well (25/8-19 S and two sidetracks) near the Balder and Ringhorne field using the Deepsea Bergen semi-submersible drilling rig. The company stated that light oil (40 degrees API gravity) makes up approximately 85 percent of the Iving gross resource. Further appraisal will determine the resource potential at Evra well, which hit up to 26 feet (8 meters) of gas and oil, the company added.

According to Lundin, the discoveries will now be evaluated for further appraisal drilling and could be developed as a tie-back to existing nearby infrastructure. The firm added that follow-up prospectivity exists in PL 820S.