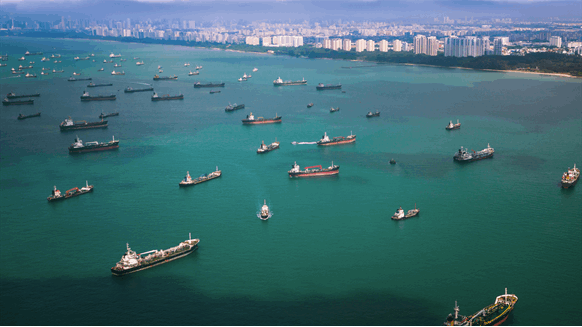 The AIP indicates that a certification body has reviewed the basic design of the FGSS for marine four-stroke dual fuel engines and confirmed that it meets the technical requirements and standards for safety, MHI noted in a written statement emailed to Rigzone. It added that a marine four-stroke dual fuel engine – fitted primarily in small- and mid-sized ships – can run on conventional heavy oil as well as natural gas.

“The FGSS to which the AIP was granted this time was developed mainly to be installed on coastal ferries and small to mid-sized cargo ships, based on not only experience and knowledge obtained through shipbuilding of LNG carriers for many years but also technologies and know-how accumulated by development of FGSS products for large ships,” MHI stated.

The firm explained the FGSS comprises an LNG fuel tank, gas supply unit, control systems and other equipment. It stated that Mitsubishi Shipbuilding delivered the FGSS last year for installation on Japan’s first LNG-fueled car carrier, which is under construction.