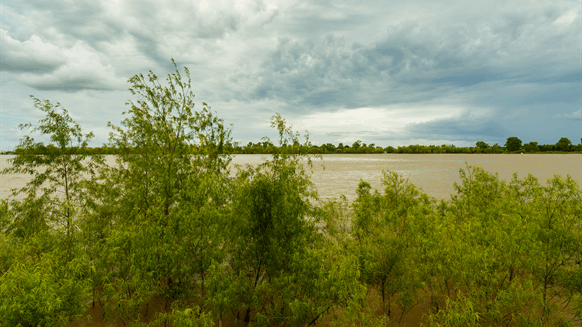 “We are pleased to have completed this important step in the permitting process,” James Lindsay, Pointe LNG’s co-founder said in a prepared statement. “Due to the site’s location on the east bank of the Mississippi River, we have exceptional access to natural gas pipeline capacity which provides access to significant gas supply basins including the Marcellus, Stack & Scoop and Haynesville with minimal pipeline construction requirements.”

The facility, which would be located approximately two miles south of the community of Pointe-a-la-Hache downriver from New Orleans, would initially boast 6 million tons per annum (mtpa) of LNG export capacity, according to the company. Its design incorporates three 2-mtpa modular trains using CHART “IPSMR+” liquefaction technology, and FERC in 2014 reviewed much of the site in conjunction with a previously proposed LNG export terminal project, the company added.

“Once permitting and final investment decision is reached, our facility will provide invaluable economic benefits to the region, and enhance Louisiana’s position as a vital supplier to the world’s energy markets,” Lindsay stated.

Pointe LNG’s website touts the project’s 600-acre site, with 6,500 linear feet of river frontage with an existing 65-foot water depth, as a favorable location compared to competing greenfield LNG facilities. According to the company, the site:

Venture Global has proposed its own liquefaction project in Plaquemines Parish on the west bank of the Mississippi.