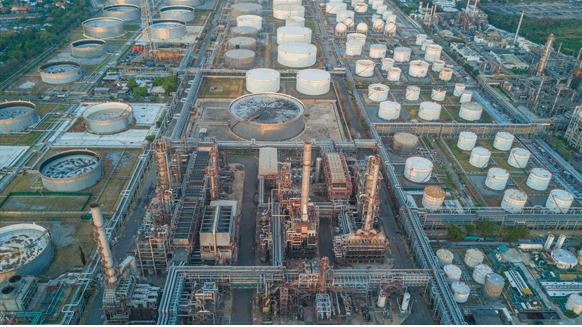 Oil refiners across Asia are bidding up crude prices from Abu Dhabi to Oman as they compete for supplies.

(Bloomberg) -- Oil refiners across Asia are bidding up crude prices from Abu Dhabi to Oman as they compete for supplies to make up for lost Iranian and Venezuelan exports.

July-loading cargoes of grades such as Murban and Das were bid at premiums of 80 to 85 cents a barrel above the official selling price on Friday on an electronic trading platform operated by S&P Global Platts. That would be the highest spot differentials in at least three years for the grades, according to data compiled by Bloomberg. Upper Zakum crude was also bid at a 65-cent premium, while Umm Lulu changed hands at a 95-cent premium. The higher bids came even after Abu Dhabi National Oil Co. hiked the official price of its crude earlier this week.

Buyers across the world’s top oil-importing region are scrambling for oil as U.S. sanctions on Iran and Venezuela tighten supplies of high-sulfur crude that their refineries are designed to process. Unplanned disruptions to Russian and Nigerian flows and concerns that fighting in Libya could affect oil exports also contributed to the fervor to secure cargoes.

Oman crude futures climbed to a premium of $3.10 a barrel over swaps for Dubai oil, the benchmark grade for the Middle East. That’s its highest premium since September, when markets were spooked by the prospect of U.S. sanctions putting an end to Iranian exports.

A wide discount between the Dubai benchmark and Brent, the marker for more than half the world’s oil supplies, is also contributing to the strong interest for Middle Eastern grades. Dubai’s discount to Brent futures was more than $3 a barrel on Friday, near the highest level in seven months.