Merkel Looks to LNG to Cut Germany's Dependence on Russia 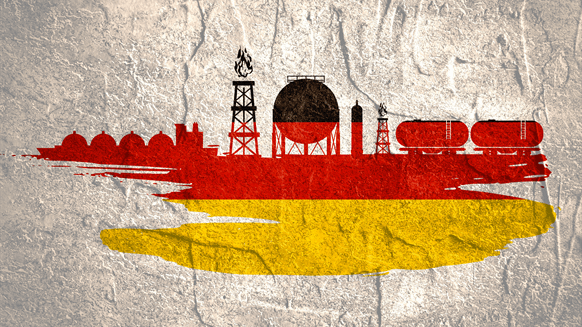 (Bloomberg) -- Angela Merkel’s government is seeking to build a liquefied natural gas industry in Germany basically from scratch to reduce the nation’s dependence on supplies arriving by pipeline from Russia and Norway.

With gas reservoirs depleting from the U.K. to the Netherlands, Germany is becoming increasingly reliant on Russia for its energy needs at a time when political tensions are mounting with Vladimir Putin’s government in Moscow.

That’s prompting Merkel to think again about LNG as an option, building terminals on the North Sea and Baltic Sea that could import the fuel and bypass facilities in the neighboring Netherlands, Poland and Belgium. Her newly formed coalition has a “ coalition contract” that among other policies sets out an energy agenda including LNG for the next four years.

Merkel backs “all initiatives supporting further diversification of gas supply -- whether from different regions or means of transporting gas,” Economy and Energy Ministry spokeswoman Beate Baron said in a note.

The furor between Russia and the U.K. in the wake of the nerve-agent attack on British soil prompted Prime Minister Theresa May to retaliate by expelling Russian diplomats and seeking alternatives to Russian gas, including LNG produced at its new Arctic plant. This followed shipments earlier this year to the U.S., which drew attention because some of the LNG was produced at the Yamal LNG plant that’s been under U.S. financial sanctions.

Less polluting than coal and oil, natural gas is taking a central role in Germany’s effort to make the economy carbon neutral by 2050. That also involves closing coal plants and investing in wind and solar farms.

Gas consumption rose 5 percent last year, the AGEB industry group said on March 16. And since Germany currently has no terminal for importing the fuel in its liquid form and turning it into gas, those supplies arrived by pipeline. Russian gas made up more than 60 percent of Germany’s total imports for most of last year, according to data from Marex Spectron Group Ltd., and the country says its fuel is the most flexible and reliable.

Across Europe, LNG use is on the rise. Imports to the 28 member states increased an annualized 22 percent at the end of the third quarter, with nations such as the U.K. and Spain in the lead in developing import capacity. Still, most terminals in northwestern Europe are underused.

Merkel also is allowing German companies to promote the Nord Stream 2 pipeline, an expansion of an existing route for gas to flow from Russia to Europe under the Baltic Sea.

Germany’s association of transmission operators, FNB GAS, set out a 10-year development program including 7 billion euros ($8.6 billion) of projects. Those including the Brunsbuettel import terminal on the Elbe River, which will cost as much as 500 million euros to develop and would be Germany’s first LNG plant and open by the end of 2022.

It establishes “the basis for the terminal to feed gas into the German gas grid,” the project’s press service said by email.

Merkel’s coalition sees a potential for using LNG in ships and heavy trucks, said Baron. Her ministry “strongly backs private initiatives to build a terminal -- including current efforts to do so in Brunsbuettel near Hamburg.” Demand needs to be strengthened to advance LNG as a transport fuel, said Andreas Kuhlmann, chief executive officer of the Dena German Energy Agency.

The signal of federal support is timely for efforts to build LNG facilities. In addition to the one at Brunsbuettel, the utility RWE AG is working on one on the Rhine river at Duisburg. That 500 million-euro project “can’t come fast enough” for the region that’s long been at the heart of Germany’s heavy industry, according to a top official in Schleswig-Holstein state.