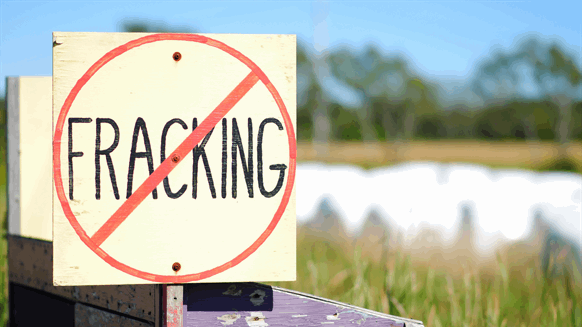 The Mayor of London, Sadiq Khan, declares that there is no place for fracking in the city.

The Mayor of London, Sadiq Khan, has declared that there is no place for fracking in the city.

In his new draft London Plan, which will be published later this week, Khan makes clear that any application for the exploration, appraisal or production of shale gas via hydraulic fracturing in London should be refused by boroughs.

“There is absolutely no place for fracking in London and I remain firm in my belief that any such application must be refused,” The Mayor of London, Sadiq Khan, said in a statement published on London.gov.uk.

“We must instead focus our resources on developing technologies for the efficient extraction of clean, renewable forms of energy, rather than coming up with more ever innovative ways to keeping burning fossil fuels,” he added.

Khan previously made his opposition to fracking clear in his mayoral election manifesto. The news follows Scotland’s decision to block fracking indefinitely.

alvaro h. montoya c.,  |  December 03, 2017
The mix of lacking of knowlledge + politician, result in that answer against the hydraulic stimulation
John Morris  |  December 01, 2017
The man is an ignorant idiot. No wonder the country is now a member of the third world. This ignoramus is actually elected by the legions of other ignoramuses. As it stands we don't deserve the bounty that lies beneath our soil.
John Moran  |  November 28, 2017
The absolute ignorance surrounding fracking astounds me. Here is another anti-fracker that knows nothing about how the process works. BUT.....there wasn't going to be any drilling in London anyway!
Mike  |  November 28, 2017
If this is his stand, perhaps he should lead by example and retire the car he gets around London in and ride a bike. Politics by proxy......do as I say, not as I do.
Jeremy  |  November 28, 2017
Scott, the geologists can probably tell us. But seems unlikely. So this is a cheap political opportunity for Sadiq to pander to his natural supporters. As such, hardly a ripple on the news front.
Richard Brown  |  November 28, 2017
This man needs a course on Fracking, the only fracture he is familiar with is the fracture of civilization.
Daryl Breese  |  November 28, 2017
Fracking hysteria is becoming almost passe. We now HAVE a proven environmentally friendly drilling fluid which has taken a huge step in increasing production and eliminating some of the benefits of acidizing and hydro-fracturing. Featured in JPT Magazine Feb. 2016 (p. 30). We can drill CBM now without fracking; we can increase and even create new production channels while drilling. Aquarius is replacing barbarically brutal hydro-fracturing. I spent three weeks in London explaining this.... increase your production AND save the aquifers? Hello "we've always done it this way people". Do you want to explain to your grand children why they have to drink bottled water?
peter  |  November 28, 2017
The most efficient, renewable energy source is nuclear, I dont think you would want a nuclear power plant in your city either
scott  |  November 27, 2017
Another example of goofy hysteria surrounding hydraulic fracturing. There is no exploration for oil and gas going on inside modern cities generally and none specifically in London. What kind of sedimentary basin is London set on? Again probably not even prospective for oil and gas exploration let alone hydraulic fracturing. If you want to take an anti oil and gas position that's legitimate intellectually. To take an anti-hydraulic fracturing position shows you as ill or misinformed .