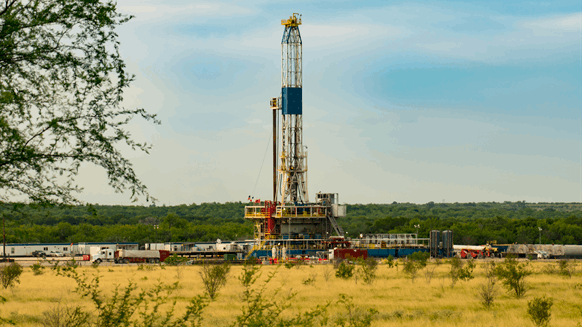 The company expects to take the following actions over the next several months.

Matador Resources Co. has updated its 2020 operational plan in response to the recent sharp decline in oil prices. The company expects to take the following actions over the next several months:

The company also anticipates suspending its development in the Wolf asset area in Loving County, Texas, by the end of the first quarter of 2020. It is evaluating multiple options to optimize its drilling and completions activities beyond the first quarter of 2020, but as it reduces its operated rig count from six to three rigs, Matador expects to keep at least two of these rigs operating full time in the Stateline asset area in Eddy County, New Mexico.

"As we navigate this abrupt change in oil prices, our first priority is to protect our balance sheet and to position ourselves for the long run,” Joseph Wm. Foran, Matador's Chairman and CEO, said in a statement.

“The board, the senior officers and I are large shareholders and recent buyers of Matador stock. Our aim is to generate profitable growth at a measured pace. Towards that end, I have voluntarily agreed to reduce my base salary by 25%, the board members have agreed to reduce their compensation by 25% and the executive officers and Vice Presidents have agreed to reduce their base salaries by 20% and 10%, respectively. I am also pleased to report that over 140 individuals – nearly 50% of Matador’s workforce – have purchased stock in the most recent trading period."

Meanwhile, Matador's borrowing base was affirmed at $900 million unanimously by all eleven lenders in the company's commercial banking group. Matador chose to increase its elected borrowing commitment from $500 million to $700 million.

Matador’s current operations are focused primarily on the oil and liquids-rich portion of the Wolfcamp and Bone Spring plays in the Delaware Basin in Southeast New Mexico and West Texas. Matador also operates in the Eagle Ford shale play in South Texas and the Haynesville shale and Cotton Valley plays in Northwest Louisiana. Additionally, it has midstream operations, primarily through its midstream joint venture, San Mateo.