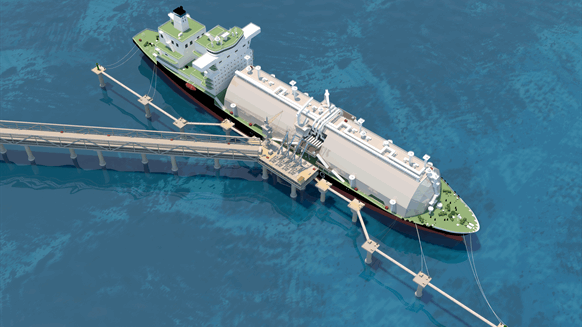 A US trade group representing manufacturers with $1 trillion in annual sales wants DOE to reject four applications to export LNG from the Gulf Coast.

“LNG export volumes decrease pipeline capacity that is available to U.S. consumers, because the natural gas is committed to going offshore to supply other countries, not U.S. consumers,” the Industrial Energy Consumers of American (IECA) argued in a written statement emailed Friday to Rigzone.

Washington, D.C.-based IECA reported that it has submitted comments to DOE opposing four LNG export applications. The organization claims that DOE, which authorizes LNG exports, and the LNG project developers have failed to determine whether enough gas pipeline capacity exists to serve domestic consumers as well as LNG exports. Firms submitting LNG export applications, and links to each application’s DOE docket index and IECA’s respective notices to DOE, are as follows:

IECA noted the applications increase approved LNG export volume by 3.5 Bcf per day. The Cheniere Marketing/Corpus Christi project is on the Texas Gulf Coast. The remaining projects are in southwestern Louisiana.

IECA added that DOE has already approved LNG exports representing approximately 31.2 Bcf per day of cumulative volume. The organization stated that equates to approximately 38 percent of 2018 demand to countries with which the U.S. does not have a free-trade agreement (FTA) or 68 percent to countries that have signed FTAs with the U.S.

“The DOE-approved LNG export applications are legal commitments to export for 20 to 30 years, substantially increasing risks to the U.S. consumer,” IECA stated.

Rudolf Huber  |  December 28, 2019
I understand them - they want to be sure the Natural Gas price stays as low as possible so their energy costs are low and they are more competitive as a result. I am pretty sure that if Trump lifted all taxes on domestic sales of domestically produced Natural Gas the economy as a whole would benefit.