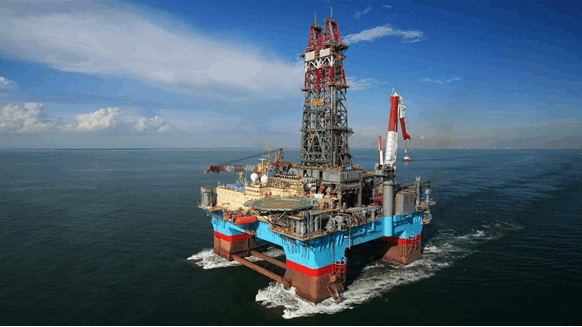 The estimated 75-day contract for the Maersk Developer semi-submersible is slated to commence in the third or fourth quarter of this year in Block 52 offshore Suriname, Maersk Drilling noted in a written statement. The drilling contractor added the firm contract’s value is approximately US$20.4 million and includes integrated drilling services, mobilization and demobilization fees. Moreover, the firm stated the contract includes a one-well option.

“It is great to work for Petronas again with a quick reactivation of Maersk Developer for this campaign in the exciting Suriname-Guyana basin,” remarked Morten Kelstrup, Maersk Drilling’s chief operating officer. “This will showcase our ability to smoothly and efficiently establish operations in new jurisdictions, as Maersk Developer will become the first of our rigs to operate offshore Suriname.”

Currently warm-stacked in Aruba, the Maersk Development is a DSS-21 column-stabilized dynamically positioned semi-sub that can operate in up to 10,000 feet (3,048 meters) of water, Maersk Drilling stated. The firm added the rig most recently operated offshore Trinidad and Tobago.