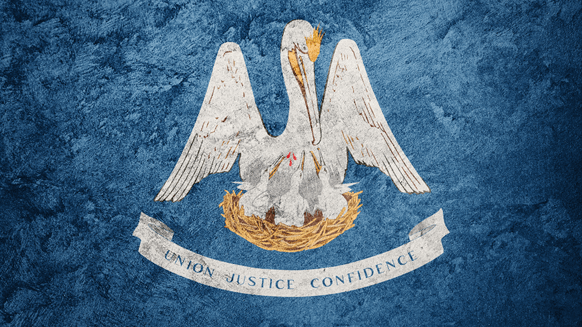 Air Products will build, own and operate the megaproject.

Air Products will build, own and operate the megaproject, which is expected to produce over 750 million standard cubic feet per day of blue hydrogen in Ascension Parish, Louisiana. Anticipated to be operational in 2026, the project will also feature the world’s largest instance of CO2 capture for permanent sequestration, Air Products noted.

The development will make Louisiana a leader in the United States clean energy transition, according to Air Products, which noted that the project will create 170 permanent jobs, with a total annual payroll of $15.9 million, and more than 2,000 construction jobs.

‘Blue’ products are produced utilizing hydrocarbons as a feedstock, with the carbon dioxide in the production process captured for permanent sequestration, Air Products highlighted. The balance of the blue hydrogen from the new Ascension Parish facility will be used to make blue ammonia that will be transported around the world and converted back to blue hydrogen for transportation and other markets, Air Products said. A portion of the blue hydrogen will be compressed and supplied to customers by Air Products’ U.S. Gulf Coast hydrogen pipeline network, the company outlined.

Approximately 95 percent of the CO2 generated at the facility will be captured, compressed and transported by pipeline to multiple inland sequestration sites, Air Products noted, adding that over five million metric tons per year of CO2 will be permanently sequestered in geologic pore space secured from the State of Louisiana approximately one mile beneath the surface.

“Air Products is excited to announce this investment in clean energy with the Governor of Louisiana,” Ghasemi said in a company statement.

“This landmark megaproject will not only create jobs but make Louisiana and Ascension Parish leaders in the U.S. clean energy transition. Air Products is fully invested in and committed to projects that leverage our build-own-operate technology, financial and sustainability capabilities, and this project brings all of those core strengths together,” he added.

“We are very excited about the model this project represents in the broader energy transition and thank the state of Louisiana for its collaboration on the pore space to safely and permanently sequester the captured CO2. We look forward to building on our long partnership with Louisiana and constructing a facility that will serve as a leading example of clean energy production around the globe,” Ghasemi went on to say.

Commenting on the project, Governor Edwards said, “this is a major industrial investment that will create quality manufacturing jobs while limiting environmental impacts, a goal envisioned by my Climate Initiatives Task Force”.

“Carbon capture and sequestration are important to Louisiana’s efforts to reduce carbon dioxide emissions while maintaining jobs and growing our manufacturing base,” he added. “This project is a clear demonstration of our ability to grow the Louisiana economy while lowering the carbon footprint of industry,” Edwards continued.

Ascension Parish President Clint Cointment said, “Ascension Parish is committed to being a leader in the new clean energy economy and values our continued relationship with Air Products”.

“We appreciate their investment in industrial gas production using carbon capture and sequestration technology. This project will not only make a significant investment in our parish but will also add high-quality employment opportunities for the residents in our community,” he added.

In order to secure the proposed project, the governor’s office revealed that the State of Louisiana offered Air Products a “competitive incentive package” as well as a performance based grant of up to $5 million to offset plant and pipeline construction costs. This grant is said to be payable over five years, subject to the company meeting specified investment and job creation benchmarks.

In July last year, Air Products, in conjunction with ACWA Power and NEOM, announced the signing of an agreement for a $5 billion “world-scale” green hydrogen-based ammonia production facility powered by renewable energy. The project, which is scheduled to be onstream by 2025, will be equally owned by the three partners.

Air Products is an industrial gases company founded in 1940. The company is the global leader in the supply of liquefied natural gas process technology and equipment and develops, engineers, builds, owns and operates some of the world’s largest industrial gas projects, according to its website.