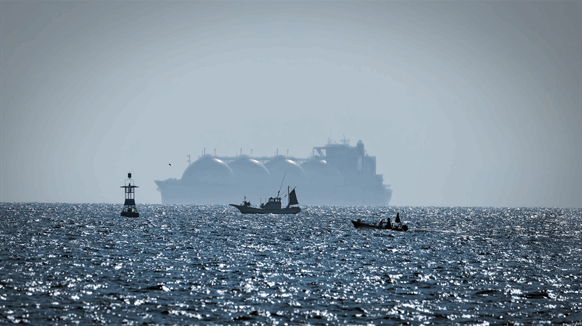 According to a new report from the information and analytics firm, the sector’s latest annual milestones reflect a sustained growth trend including a more than 50-percent increase in global capacity: from 283 million metric tonnes per annum (MMtpa) in 2015 to 437 MMtpa in 2020.

“The ongoing pace of new investment is especially noteworthy considering a market context of weak global prices,” commented Michael Stoppard, IHS Markit’s chief strategist for global gas, in a written statement emailed to Rigzone. “Not only did LNG grow at an unprecedented rate in 2019, but the industry also laid the foundations for continued strong growth into the middle of the decade.”

The LNG industry milestones identified in IHS Markit’s report, 2019: A Year of Records for LNG, include:

To provide some perspective, IHS Markit noted that global LNG supply totaled 373 MMt in 2019 – an 11.8-percent increase from the previous year. It also stated that net LNG imports hit 358.8 MMt last year, up nearly 7.9 percent from 2018.

Rudolf Huber  |  January 24, 2020
I can impossibly count all the many times I have been attacked here and on other platforms for my defense of fossil fuels. And the most used accusation was always that I was a shill of the fossil industry. But aside from that, many also keep pestering me with funny theories like I am part of a dying industry and that's the reason for me being forceful when it comes to exposing lies and deceit. I always tell them to go figure. Look at this - does a dying industry look like this? LNG is bigger than ever before and its growing at a breakneck pace. My consulting company is a tiny fringe player on the edges of LNG and I am thriving. Because the tide lifts all the boats. LNG needs patience - if you have that its a great future proof industry.