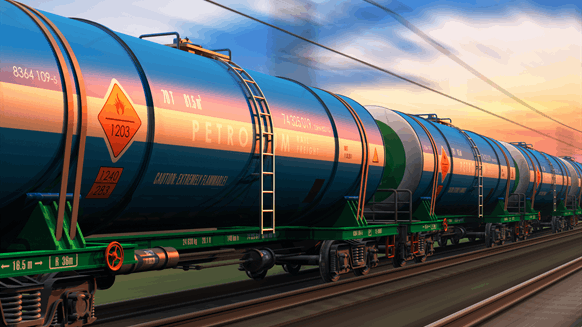 Suppliers are using virtual gas pipelines to extend their markets to areas which are either uneconomic or too difficult to reach.

There is a growing worldwide opportunity to meet the needs of customers located beyond their country’s gas pipeline grid with virtual pipelines, or regular shipments of LNG or biogas by truck, train, or canal barge. Virtual gas pipelines are being used by gas suppliers to extend their markets to areas which are either uneconomic or too difficult to reach with a gas pipeline.

For instance, in Argentina Galileo is using Cryobox-Trailers to distribute LNG to customers in remote areas all over the country rather than build costly pipelines or rely on government subsidies. Virtual pipelines are operating in Australia, Canada, China, Europe and the U.S. and are under consideration in South Africa, Nigeria and Mozambique.

According to the Transparency Market Research Report 2018, the global market in virtual pipelines is expected to increase from US$ 1.07 billion in 2016 to US$ 1.82 billion by 2025. The world’s leading market for virtual pipeline services is currently North America worth around $501.4 million, followed by Latin America, Europe, Asia Pacific, the Middle East, and finally Africa.

The source of a virtual gas pipeline is a liquefaction terminal, which compresses natural gas into Compressed Natural Gas (CNG) and Liquefied Natural Gas (LNG) ready for injecting into a variety of specialised containers ready to load onto trucks, trains, canal barges, or ships. For instance, Royal Dutch Shell has invested in a fleet of bunker barges to fuel a variety of vessels travelling Europe’s great rivers and coastal waters. A prime example is Shell’s state-of-the-art Cardissa LNG bunker vessel with capacity to hold around 6,500 cubic metres, which delivers LNG fuel to ships offshore.

The great advantage of the virtual gas pipeline is that it is suited to a variety of transport modes and market segments including off-grid factories, power plants, prisons, and communities. During 2016, for example, Poland’s PGNiG Baltic Sea Swionujscie LNG terminal supplied some 4,000-truck journeys to gas customers beyond the reach of the national grid.

On arrival at its destination, the gas is commonly transferred to a small regasification unit, to be made ready for use by off- grid customers or less commonly, regasification takes place on the transporter. For instance, GE Oil & Gas has introduced a small-scale, plug-and-play, re-deployable LNG In a Box, which has an integrated regasification unit that turns LNG into gas as fuel for trucks and buses at various fuelling stations in Europe.

On the supply side, greater availability of gas combined with its increasing affordability combined with increasing numbers of liquefaction and regasification plants underpin the growth in virtual pipelines. On the demand side, customers are increasingly seeking cleaner low carbon solutions to meet their power needs in response to ever-tougher emission controls and the climate agenda.

In addition, for areas with congested pipeline networks such as New York State in winter, LNG tankers transport gas inland imported from Siberia and the Gulf of Mexico. Meanwhile, the growing demand for gas powered transportation is creating virtual LNG pipelines to fuel, including Russia’s Sverdlovsk Railway and America’s Florida East Coast Railway.

In the future, the key markets for virtual pipelines will be the Asian Pacific region, led by China, India and Japan as they increase gas usage to tackle their severe pollution problems.