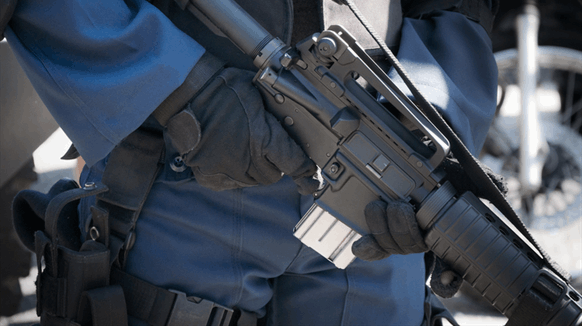 Libya's National Oil Corporation is deeply concerned at the serious deterioration in the security situation in areas surrounding oil facilities in the Gulf of Sirte.

Libya’s National Oil Corporation (NOC) stated Saturday that it is deeply concerned at the serious deterioration in the security situation in areas surrounding oil facilities in the Gulf of Sirte.

The company outlined that “violent clashes” took place last Thursday and Friday in the Brega region, “only hundreds of meters away from oil tanks”, between armed groups called Al-Saiqa and the Petroleum Facilities Guard.

“They exchanged gunfire using medium-sized, 23mm-caliber firearms and rocket-propelled grenades, which reflects the lack of responsibility and military discipline among these armed groups, whose actions jeopardize oil facilities and threaten the safety of NOC workers as well the residents in the surrounding areas,” NOC said in a company statement posted on its website.

“In light of these serious developments, NOC stresses the importance of evicting Wagner Group, Syrian and Janjaweed mercenaries from its facilities and calls for an end to the militarization of its installations under international supervision and the restructuring of security arrangements in oil regions to be under the protection of a professional, disciplined and independent security force,” NOC added.

In a separate statement on Friday, NOC called on the United Nations Mission in Libya to send observers to supervise the demilitarization in the areas of NOC operations across the country. The company also highlighted that its primary concern was the safety and welfare of the 65,000 staff who work for the NOC across Libya.